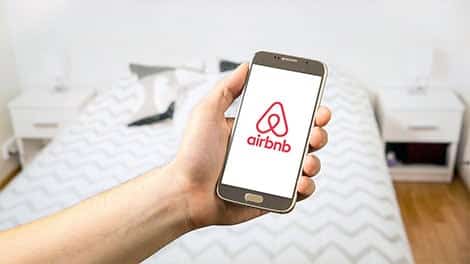 HOTELIERS are pressing for legislation to be introduced that would regulate tourist accommodation booked via sites like Airbnb, as they deem it ‘unfair competition’.

With competition between hotels and Airbnb accommodation in Cyprus on the rise, the Cyprus Hotel Association (CHA) is calling on MPs to pass a bill which has been on the table since May 2018.

Cypriot MPs told the Financial Mirror that they are aware of the urgency of the matter and are “putting the final touches to the legislation before bringing it before the plenary”.

The bill is currently being discussed at the House Commerce Committee, with MPs scrutinising the finer details.

“An issue raised by fellow MPs who argued that apartments on platforms such as Airbnb, could only be included on an official register if owners have the approval of other residents in the building, has been overcome.

“We have agreed on a formula with which owners of such flats will need the consent of the building’s management committee, before letting them out,” Myrianthous said.

He said the legislation will enable the state to monitor and perform health and safety checks on these types of accommodations, while owners will be subjected to tax.

EDEK’s Myrianthous had said in October, that the state is losing revenue that it could receive through licensing rights stressing that some 40,000 properties are not licensed.

He noted that there are around 20,000 illegal villas and dwellings, with most owners interested in acquiring a license. According to official data, hotel beds in Cyprus amount to 83,000.

It is estimated that one-third of tourists arriving in Cyprus seek accommodation in non-registered units.

Talking to the Financial Mirror, Zacharias Ioannides, director general of the Cyprus Hotel Association said that legislation must go ahead as soon as possible as hotels have made serious investments.

According to data provided by the land registry in October, new hotels, refurbishments and expansion projects have multiplied by eight times in the first seven months of 2018, compared to the same period in 2017.

From January to July 2018, hotel projects covering 83,000 square meters were licensed, compared to just 10,000 sqm in 2017 – the 730% increase also accounts for one-third of the licenses for new building projects.

“Expected investments in the hotel industry include the construction of new hotel units island-wide while existing hotels have increased their bed capacity and upgraded their services,” said Ioannides.

He said that investments in question were made in order to meet demand created by the increase in the number of tourists arriving in Cyprus, however, hoteliers feel that owners of apartments should be on a level playing field.

“Hoteliers who have significantly invested in upgrading their product and pay a significant amount of taxes to the state are currently subjected to strict regulations, while Airbnb has been excluded so far from these obligations,” Ioannides told the Financial Mirror.

Acknowledging that accommodation options offered by platforms such as Airbnb and Booking.com are a global trend, Ioannides added that the market should, however, be regulated so as to do away with unfair competition especially at a time when Cyprus tourism is under pressure from rival destinations.

He argued that regulating the Airbnb market is also important as it would introduce safety and health checks for accommodation which currently is not obliged to follow any rules.

“Currently Airbnb is not subjected to any kind of control, which may endanger the health of tourists, and in turn endanger the good name of Cyprus’ tourism product. A name which the tourist industry on the island has fought for years to build.”

Chrisemily Psilogeni, President of the Association of Cyprus Tourist Enterprises said they have been campaigning for the legislation as there will be control over “residencies which are currently operating illegally, without any license and not subject to any checks, causing damage to our tourist product, while depriving income from the Cypriot economy.”

“We are not opposed to modern trends, but we claim legitimacy and defend the rights of hundreds of businesses that have been working for decades under adverse conditions, trying to maintain a high standard in the tourist services,” said Psilogeni.

Meanwhile, Airbnb has the potential to benefit Cyprus tourism says an academic who has been monitoring the platform’s performance in Cyprus.

UCLAN lecturer in Innovation and Entrepreneurship Fanos Tekelas said that while the island’s tourism is under pressure from competition from cheaper destinations in the region such as Turkey and Egypt, tourist accommodations promoted on platforms such as Airbnb can attract tourists who prefer to spend more on activities during their holidays rather than on accommodation.

“We are not a cheap destination. There are no sponsored packages for tourists heading for Cyprus, while other destinations in the region have cheaper airfares and lower accommodation costs,” explained Tekelas.

Understanding that this type of accommodation is in competition with hotels who have spent millions in renovations and upgrades, Tekelas said that tourists opting for Airbnb accommodation, are not attracted by five-star hotels, but rather are looking to spend their time and money creatively.

“On the negative side of things, a number of Airbnb accommodation owners live overseas, and that might not only pose as a tax challenge but also see revenue otherwise set to stay within the country, find its way abroad. The only way to totally do away with tax evasion and loss of revenue is to ban such platforms in Cyprus entirely. That I believe would prove disastrous for our tourism,” said the UCLan lecturer.

According to the Airbnb platform, visitors who used short-term lettings in Cyprus reached 120,000 from 125 different countries in 2017-2018, while this number is expected to rise significantly.