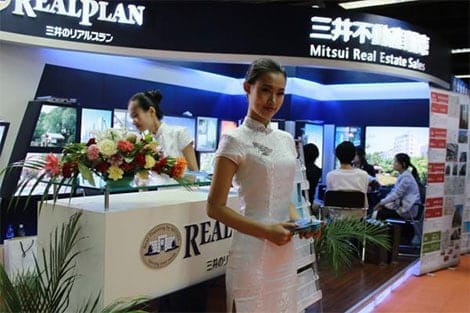 CHINESE investors are thronging the sunny shores of Cyprus in search of property and passports that will allow them to work, travel and live in the European Union.

“Cyprus is a beautiful place that offers a very high quality of life, access to Europe and good real estate investment opportunities. One of the big drivers of foreign investment is the Cyprus Investment Programme, which is very popular with mainland Chinese,” said Carrie Law, chief executive and director of property portal Juwai.com.

Under the programme, launched in 2013, buying a property worth €2 million (US$1.14 million) allows investors and their families to obtain Cyprus passports, which come with all the rights of citizenship of the EU. The scheme also requires donations of €75,000 each to Cyprus’ Research Promotion Foundation and the Land Development Corporation.

Permanent residency can also be obtained, by investing €300,000 in brand new property. A permanent residency programme provides ease of travel throughout the EU and requires just one visit to Cyprus by all family members once every two years.

Cyprus has raised €4.8 billion from the sale of passports under the investment programme since 2013, according to a recent study by international anti-corruption watchdogs Transparency International and Global Witness.

And while there is no official data on nationalities that have bought property in Cyprus, industry insiders said mainland Chinese and other Asian investors accounted for more than half of these transactions.

“There are no official records with the figures of nationalities that are investing in Cyprus. However, if we take our development, Limassol Del Mar, as an example, many of our buyers are from China,” said Pantelis Leptos, director at Cypeir Properties. He said Chinese buyers were among the top two investors in the company’s Limassol Del Mar project, which comprises seafront apartments in the southern coastal city of Limassol, and accounted for 30 per cent of sales. Apartments in the project are being sold from €2.02 million.

Data from Cyprus’ Department of Lands and Surveys shows in the first five months of this year sales of residential units, commercial real estate and plots of land hit 4,846, an increase of 34 per cent over the same period in 2018. Foreign buyers mostly buy residential property.

In May, property sales reached 1,423, beating a previous record of 1,157 sales set in September 2008. All transactions between January and May totalled €1.45 billion, an increase of 7.6 per cent from the €1.35 billion recorded during the same period last year.

“Chinese buyers and investors have contributed to a large extent to the construction sector in Cyprus. The Paphos area in the western part … attracts lots of Chinese buyers as property developers from this region were the first to visit China [to promote their projects],” said Sakis Hadjialexandrou, group marketing manager at Lepsos Estates.

Nicolai Caraseni, owner of property agency Casa Grande Cyprus, said: “Relatively low costs, avoidance of bureaucracy, sunny weather and short time frame – up to six months – for receiving a passport make Cyprus the best investment destination. With a Cyprus passport, investors can easily move to live in the United Kingdom, Switzerland or any of the 28 [EU] countries.”

Cyprus has no property, stamp duty and dividend taxes.

Kenneth Kent, country manager for Hong Kong at Australian online real estate advertising company REA Group, said Cyprus’ EU membership has boosted the confidence of investors. “Being a part of the EU confers much more legal protection and transparency. These are of major concern for overseas investors,” he said.