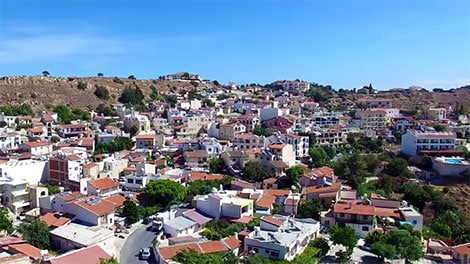 HISTORICALLY June has been one of the better months for Cyprus property sales, but not June this year, which saw sales fall by 17 per cent compared with June 2017. Is this an omen of things to come?

According to the official figures published by the Department of Lands & Surveys, the number of property sale contracts deposited at Land Registry offices in the island’s five districts during June 2019 stood at 714 compared to the 858 deposited in June 2018.

As the Department has yet to publish a breakdown of sales, we cannot say whether the fall is due to reduction in sales to the local market or the overseas market (or both).

However, it’s possible that the tougher criteria introduced by the Cyprus Government on 15th May for those seeking to obtain Cypriot passports under the Cyprus Investment Programme have reduced the number of property sales to non-EU nationals.

As we reported on 23rd June in the article Cypriot passport Investment applications are falling, Costas Hadjipanayiotou, director of the Environment Department at the Ministry of Agriculture, said that “there are several applications under scrutiny, but added that no new applications have been received so far.” (This conflicts with the South China Morning Post article 3 days later stating that “Chinese investors are thronging the sunny shores of Cyprus in search of property and passports that will allow them to work, travel and live in the European Union.”)

With the exception of Paphos, where sales increased by 14% compared to June 2018, they fell in the remaining four districts.

Although more properties (219) were sold in Limassol that in any other district during June, the district experienced the highest fall (35%) in sales. Sales in Famagusta fell 30%, while sales in Larnaca and Nicosia fell by 23% and 1% respectively.

In percentage terms, Paphos is leading the way with half year sales up 37% compared to last year. Sales in Nicosia are up 29%, while sales in Limassol, Larnaca and Famagusta are up 20%, 18% and 12% respectively. However, in terms of the total number of sales Limassol leads the way.