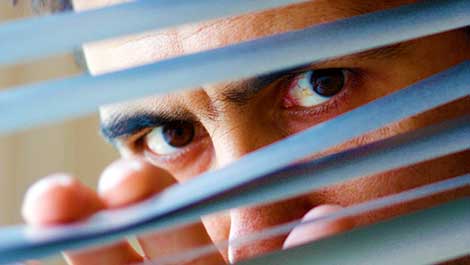 ON 2 SEPTEMBER 2019, the so-called Estia Scheme came into operation in Cyprus, whereby individuals who have deliberately defaulted on their housing loans may apply for a government-backed scheme that reduces their loan liabilities substantially. The Cyprus Mail editorial opinion article of 3 September provides the essential details of the scheme.

As has been widely discussed in the media, normal housing loan and mortgage contracts in the EU require the lender to institute non-performing loan (NPL) procedures after 90 consecutive days of non-repayment. NPL options include extending the loan period so as to reduce the amount of the regular repayments, agreeing a fixed temporary period of lower repayments after which the borrower must repay at a higher rate, and facilitating the sale of the property so that the borrower may buy a less costly one and thereby clear their NPL debt. By such means, ordinary non-wealthy borrowers who get into financial difficulty, often through no fault of their own e.g. loss of income from unemployment or ill health, may be spared foreclosure and loss of their primary residence while still honouring their debts to the lender.

However, while in Cyprus such normal NPL arrangements typify the housing market, there has arisen in recent years an altogether different class of defaulting borrower, known as the ‘strategic defaulter’. Such defaulters are largely wealthy individuals having significant assets, often including multiple immovable properties. According to the Cyprus Mail article, they number some 10,000 to 15,000.

Such a fancy term as ‘strategic defaulter’ unfortunately masks the reality of their stance and conduct, and suggests that somehow they are rather clever people who, unlike the rest of us and the ordinary non-wealthy borrower, are ‘big-shot thinkers’. In reality, there is nothing honourable, praiseworthy or super-intelligent about them. Whereas ordinary defaulters end up defaulting through getting into financial difficulty, strategic defaulters are not in financial difficulty and default deliberately as a deception for financial gain. They perhaps gamble correctly that (a) lenders will not have the determination to pursue them for recovery if they hold out, and (b) politicians, especially any who are personal friends or who are looking for favours, will want to keep them happy.  Strategic default, nonetheless, is a fraud to the detriment of the banks’ other customers, its shareholders and investors and a fraud against the taxpayer who ultimately underwrites the Estia scheme.

Such flagrant fraud ought to warrant a criminal investigation. Moreover, widespread collusion between, on the one hand, the banks and ‘strategic defaulters’ and, on the other hand, government administrations and legislators over a significant period of time is not only to the detriment of the banks’ other customers and investors and the taxpayer but also against the wider public interest. By not only failing to correct the system and cease the collusion but, on the contrary, sanctify and encourage it by legislation, the collusion has become an accepted and institutionalized fact.

Such government orchestrated collusion on such a scale is way beyond grand corruption and is called ‘sovereign corruption’. The Council of Europe’s GRECO (Groupe d’Etats Contre la Corruption) should take note for its next report on Cyprus.

However, if strategic defaulters and the Estia scheme were not bad enough in themselves, regrettably we also have the whole sorry saga of the Cyprus property fraud-and-title-deeds scandal that erupted around 2004 and has raged ever since. This website has been replete with articles on it and tales of personal woe from victims for all that time. The collapse of Laiki Bank, the near collapse of Bank of Cyprus and near collapse of the government in 2013 arose in large part from the causes of that scandal.

As a condition of the 2013 EU bailout, the Troika (ECB, IMF, EU) required the government to sort out the Title Deeds mess pronto and the banks to institute robust and effective systems for loan approvals, loan performance, and NPL recovery. That has not happened and the Estia scheme is the latest piece of evidence as far as NPLs are concerned. The Title Deeds debacle also remains, six years later. It is all part of the endemic sovereign corruption that afflicts Cyprus.

Dr Alan Waring is a risk consultant who was a prominent member of the Cyprus Property Action Group from 2005 to 2015 and contributed the Risk Watch Column in Financial Mirror 2004 to 2017.

His latest book is a two-volume anthology The New Authoritarianism: A Risk Analysis of the Alt-Right Phenomenon from Ibidem Verlag.