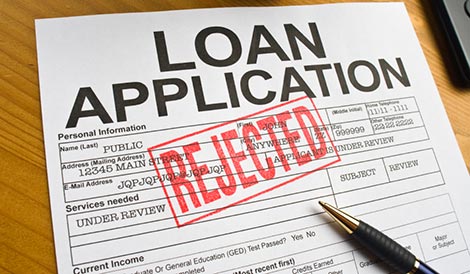 PROPERTY Developers of big projects try to avoid financing from Cyprus banks which have tightened their purse strings, preferring to back schemes with their cash or from investors and presales.

This trend seems to be confirmed by a sharp drop in new loans over EUR 1 million, which are primarily given to large building projects.

The total amount of new loans given by Cypriot banks declined 26.5% or by €90 million in July compared to June, according to Central Bank of Cyprus (CBC) data.

The main reason behind the abrupt drop in new loans is the decline in the total amount of cash lent out to big projects.  New loans to non-financial corporations for amounts over €1 million fell to €72.8 million from €190.2 million in June, of which €5.6 million were renegotiated.

The Federation of Cyprus Building Constructors Associations (OSEOK) say that developers are looking for ways to raise the money needed for their projects without having to turn to local banks which they find to be applying strict criteria.

OSEOK’s manager Frangos Prokopa told the Financial Mirror that local banks under pressure from the Central Bank of Cyprus are enforcing tighter controls which at the end of the day are hindering big business and investments.

“We feel that CBC is severe in its interpretation of directives issued by the European Central Bank and as a result, it’s putting excess pressure on local banks, who then apply stricter criteria for loan applications for big projects,” said Prokopa.

Similarly, foreign investors having prior knowledge of obstacles they may come across when applying for financing from a local bank, prefer to obtain loans from banks in their own countries.

“Foreign investors also prefer to avoid banks altogether when it comes to construction projects as they fear possible complications with title deeds due to the bank’s involvement,” said Prokopa.

He explained that the ownership status is not always clear when projects are mortgaged thus hindering sales.

With close to zero, and in some cases, negative interest rates on large deposits, developers and investors with money accumulated from previous projects prefer to reinvest their cash rather than borrow like in the past.

CIIM Professor George Theocharides said that after the banking crisis in 2013, banks are naturally more selective and cautious when giving out loans, especially when they amount to over a million euros.

“Banks are now taking into consideration not only the viability of the project but also the profitability, taking a closer look at the project’s business plans and feasibility studies,” said Theocharides.

He commented that the drop in loans of over €1 million could be an indication that there aren’t many profitable large projects out there, except for a few big construction plans.

Theocharides said that it is hard for developers to find money from other financing sources, as there are no alternative ways of financing in Cyprus such as equity funding.

He argued that banks are looking for profitable and viable projects to finance as they have a surplus of liquidity which is not good for their overall business.

Andreas Assiots, head of Hellenic Bank’s Economic Research Department, agreed that banks are holding a tighter leash on loans after the 2013 financial crisis, but that does not mean that they are not looking to finance sustainable projects.

Banks granting unsecured loans is seen as one of the key factors to the crisis that decimated the banking system.

Noting that banks are issuing more loans than the previous years, Assiotis stressed that one must not jump to conclusions over what a monthly drop, no matter how big, in large loans may mean.

“It may simply be a coincidence, and all big projects in need of financing may have submitted their applications in earlier months, leaving none to be looked into in July.”

New loans for consumption increased to €17.3 million, compared with €14.2 million in June, some €0.5 million were loans that have been renegotiated.

New loans for house purchases rose to €87.8 million from €71.3 million of which €3.7 million were loans that were restructured.

New loans to non-financial corporations for amounts up to €1 million increased to €41.6 million, compared with €39.4 million in the previous month, €4.9 million were renegotiated loans.

“One must look at the year-to-date performance, before sounding the alarm over whether lending is actually declining.”

The year-to-date data reveal an increase in loans of over 1 million issued compared to the same period last year.

A total of €1.268 billion worth of loans over 1 million were issued in the seven months to June 2019 compared to 1.1 billion in the same period last year.

Assiotis said that banks are trying to increase lending in parallel with the nominal growth of the relative industry and the overall economy, stressing that the economy is in motion once more due to lending from banking institutions.

“That is why we are looking to invest in income-generating projects while diversifying our portfolio. One of the principles banks are following is to have a diversified portfolio, so as not to be exposed in case of a mishap in one sector. We want to hedge the risk by putting our eggs in many baskets.”

Assiotis said that despite the developers’ efforts to bring down NPLs created during the last construction crisis, 50% of loans issued to the industry are still classified as non-performing, which makes banks want to hedge the risk of their portfolio by diversifying it.