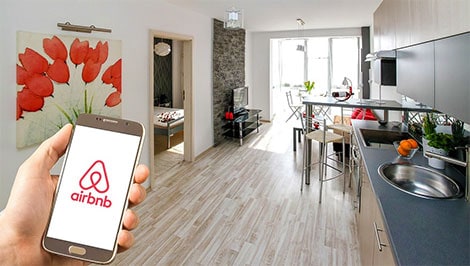 CYPRUS MPs will back a bill regulating short-term rentals through online Airbnb-type platforms, amid opposition from hoteliers while managers of such properties support a legal framework.

The draft bill bringing an end to unlicensed short-term accommodations is expected to be approved at a House plenary sometime in December said EDEK MP Elias Myrianthous who tabled the proposal with ruling DISY MP and president Averof Neophytou.

The bill foresees the regulation of short-term rentals through the creation of a register to be managed by the Deputy Ministry of Tourism.

Talking to the Financial Mirror, EDEK MP Elias Myrianthous said that in recent years, the Airbnb platform has gained momentum, and needs to be regulated.

According to the Cyprus Hospitality Report issued by KPMG last August, bookings through the platform increased significantly by 68.9% over the past year.

The net room occupancy rate in 2018 reached 52%; lower compared to the average of 70% of hotels and other hospitality establishments.

“These accommodations will now have to comply with health and safety criteria, offering tourists a better experience and living conditions.”

He added that tourists increasingly prefer to book their holidays online, from flights to accommodation.

“This development will open up non-traditional markets where tourists prefer to book their holidays online and opt for non-conventional accommodation units,” said Myrianthous.

He argued that regulating short-term rentals through online platforms will also prove beneficial for Cyprus tourism, as travel agents will be able to come to agreements with the owners of such accommodation units and include them in their packages.

Myrianthous also said that the framework will give a push to agritourism.

“Owners of houses or cottages in the countryside or mountain areas will be encouraged to renovate and rent out their properties in areas which a hotelier would not find it profitable to build a hotel.”

Cyprus hoteliers, however, are crying foul, as they claim the draft does not address the essence of the matter as it still allows owners of short-term rental accommodation to compete without a handicap.

Addressing hoteliers’ concerns over unfair competition, the EDEK MP said they should not be worried as Airbnb rentals will have to comply to health and safety criteria, while efforts are being made by the relevant authorities to regulate the taxation of such accommodation.

“In any case, all citizens are obliged to declare any income they have. If they fail to do so, they could be faced with fines of up to €5,000.

The problem could lie with foreigners who have bought villas and who prefer to live abroad and rent their properties through these online platforms. No authority in any country could easily tax these cases.”

Meanwhile, the Deputy Minister of Tourism Savvas Perdios expressed his satisfaction as the proposal for a law regulating and taxing Airbnb rentals is being finalised and will soon pass the House plenary.

The Ministry has had meetings with several online platforms, which have agreed that they would oblige users to post their registration number from the Ministry.

They also agreed as he said, that in the future, the information will be provided to assist the Tax Commissioner.

Perdios noted that these platforms do not intend to promote illegal renting and want to help with proper taxation.

However, they said there can be no taxation at the source as the Ministry had suggested, as the platforms cannot make specific modifications for each country with which they cooperate.

Meanwhile, Cyprus hoteliers are fuming over the final draft of the law, as they feel that it gives way to unfair competition crying foul play over the removal, as they say, of criteria regarding health and safety regulations, from the original draft.

They see the new version as encouraging unfair competition as Airbnb-type accommodation will not have the same type of regulatory oversight.

In an attempt to simplify the licensing procedures for inclusion in the register of the Ministry of Tourism, MPs have removed what hoteliers see as essential elements for fair competition while stripping the law from requirements for health and safety certificates.

The initial bill, submitted in May 2018, had the backing of hotels who sought the regulation of unfair competition from short-term rentals.

A group of agents that manage Cyprus properties for short-term rent on online platforms such as Airbnb are banding together to form an association which will promote the burgeoning sector.

Talking to the Financial Mirror, Simon Aynedjian a short-term rental property manager said that agents are organising to promote short term rentals and in the coming months there will be a meeting to create an association.

As he said, managers of properties rented out on a short-term basis, welcome the proposed regulatory framework, while demanding that the state also supports their efforts as they bring in tourists who would not visit Cyprus if not for Airbnb-type accommodation.

Aynedjian confirmed that demand for Airbnb-type properties is ever-growing, but did, however, question whether this type of property is a threat to hoteliers and their enterprises.

He argued that managers of short-term rental properties refute accusations that they are playing the game with a different set of rules which is handicapping hotels.

“Quite the contrary, these types of properties are bringing more tourists to Cyprus, as they attract tourists who would in no way come to the island to spend their holiday in a hotel,” said Aynedjian.

As he explained, tourists opting for short-term rentals from online platforms are those who do not have the money to stay in a luxury hotel and are looking for a low budget deal, or they simply do not like a hotel environment.