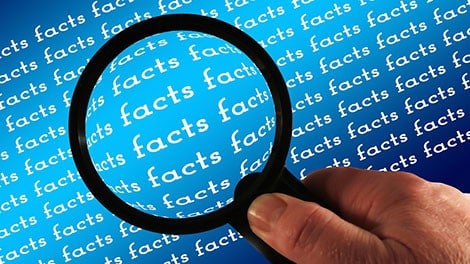 THE GOVERNMENT said on Thursday an additional investigation will be carried out by the interior minister into other cases of people who were granted citizenship under the island’s investment scheme using the previous criteria.

Opposition Akel dragged the president’s law firm into the equation, prompting a scathing response from government spokesman Prodromos Prodromou later in the day.

Akel kept up the pressure suggesting the government had been granting passports left and right without due diligence.

The party said Cyprus was gradually topping corruption rankings because the law firm bearing the president’s name was part of the passport industry, as was that of a former minister whose father’s law firm is among the top passport sellers.

The party was referring to former transport minister Marios Demetriades whose father’s firm was the one that secured the citizenships for the Cambodian elite.

Interior ministry data showed that the firm was involved in 137 applications between 2014 and 2018, a period during which Marios Demetriades was a member of the cabinet that approved them.

Akel also accused the government of putting the cart before the horse: background checks on individuals should have been done before these persons were granted Cypriot nationality, not after.

Hitting back, Prodromou said Akel was deliberately muddying the waters.

At the time particular citizenships were approved, Prodromou noted, background checks were carried out, and the successful applicants did meet the criteria.

But given that the criteria were tightened over time, some previously naturalised foreigners might not meet the most up-to-date standards, which is why the government is now taking another look.

As to Akel’s remarks on the involvement of the president’s law firm, Prodromou said this criticism was being done in “bad faith” as the matter is settled, as far as the government is concerned.

Prodromou recalled that, according to documents shown in parliament, the president’s law firm had handled 41 applications out of a grand total of 4,000.

“The President of the Republic has already challenged anyone to come forth with evidence of malfeasance or favouritism.

“But casting aspersions irresponsibly, without evidence, as Akel are doing, testifies to their true intentions.”

The spokesman conceded that under the current administration there has been a marked increase in the number of Cypriot passports issued via the citizenship-by-investment programme.

The reason, he argued, is that foreign nationals are attracted to a country with an economy on the rebound.

“Under the Akel government, by contrast, the number of investors seeking citizenship was low, because who would want to invest in a collapsing economy, an economy brought to the brink of bankruptcy by the government of the day?”

In his written statement earlier in the day announcing the move to widen the net of the investigation beyond the Cambodians, Prodromou, said the interior minister would look into certain cases granted citizenship “before the review and strengthening of the checks.”

“The probe concerns naturalisations for which additional information has emerged, like the cases in recent reports,” Prodromou said. “If the probe finds there are grounds, a procedure to revoke the citizenship may be activated in accordance with the provisions of the relevant legislation.”

On Wednesday, the government announced an investigation into how relatives and friends of Cambodia’s authoritarian prime minister had been granted Cypriot passports.

It followed an investigation by Reuters, which found that eight family members or allies of the Cambodian leader, including the country’s police chief who has been instrumental in clamping down on dissent in Cambodia, and its finance minister, had received Cypriot citizenship in 2016 and 2017, raising eyebrows as to the procedures followed by the government in granting passports to third-country nationals.

It was the latest instalment in a series of damning reports regarding the island’s citizenship for investment programme.

The programme, when it was launched in 2013, required that applicants must have a clean criminal record issued by their country of origin and country of residence if this is different. It also stipulated that applicants should not be included on the list of persons whose property is frozen within the boundaries of the European Union.

The programme has undergone several revisions since 2013. The latest were introduced in February after a backlash and a warning from the EU. The new stipulations state that applicants must have a Schengen area visa and persons who applied for citizenship in any other EU member state and were turned down were not entitled to obtain Cypriot citizenship as part of the scheme.

To ensure that all incoming funds are not part of money laundering schemes, all transactions also require the investments in Cyprus to be carried out through Cypriot banks, the ministry said. Investments carried out with cash are not allowed.