Eviction of non-paying tenants to be made easier 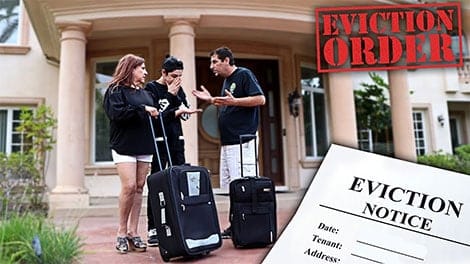 PARLIAMENT is set to pass an amendment to the rent control law next month that would make it easier for landlords to evict tenants who fall into arrears or deliberately don’t pay.

Landlords will no longer be obliged to provide evidence that tenants are inconsistent towards their rent obligations, which made eviction of occupants, a near-impossible task and encouraged people not to pay up.

The amendment, which essentially shifts the burden of proof on to the tenant, will be put to the vote on 22 November with a majority in agreement with the new law.

MPs appeared to back a draft tabled by a group of ruling DISY MPs “aimed at tackling problems created by problem tenants”.

Speaking on behalf of the group, DISY MP Nicos Nouris said they finished a discussion of the proposal that provides that any tenant who failed to pay their rent could be served a written warning. The tenant will then have 21 days to meet their obligations.

If they fail to do so, the owner can launch the eviction process by filing an application with the court registrar.

As of that moment, the tenant will have 14 days to present the payment receipts or face eviction within three months of their failure to do so if the case concerns a commercial property.

In the case of a residence, the process is expected to take up to six months.

He said the excuse that a tenant was withholding the rent because the landlord had not carried out necessary repairs will not constitute a defence.

Nouris added the law foresees for other procedures the tenant could follow in such cases, but they could not “hold landlords hostage”.

Main opposition party AKEL MP Aristos Damianou admitted that the current state of affairs was problematic, and the amendment would constitute an improvement to the law, however, the proposal could also prove to have issues.

He said putting the power into the hands of the court registrar restricted the tenants’ right to a proper defence and took away the court’s authority.

DIKO MP Christiana Erotokritou said the current state of affairs allows people to live on someone else’s property without paying their dues.

It will also compel tenants to ask for receipts, thus contributing to the fight against tax evasion. Erotokritou welcomed the fact that the new law will foresee eviction notices being delivered electronically.