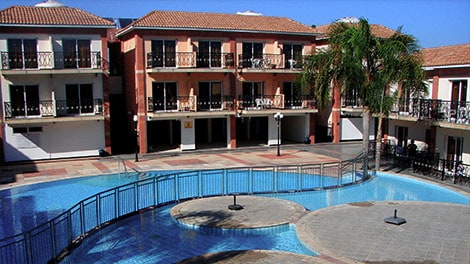 FIGURES released by the Department of Lands & Surveys reveal that while property sales to the local market in October rose by 19% compared to October 2018, sales to the overseas market fell by 19%.

Of the 813 contracts for the sale of property deposited at Land Registry offices, 487 (60%) were deposited by domestic (Cypriot) purchasers and the remaining 327 (40%) by foreign buyers of whom 133 were EU nationals and 193 non-EU nationals.

Sales to Cypriot purchasers rose 19% in October compared to the same month last year. With the exception of Limassol and Famagusta, where sales fell 18% and 8% respectively, they rose in the remaining three districts. Sales in Paphos rose 175%, while the number of sales in Larnaca and Nicosia rose by 76% and 29% respectively.

During the first ten months of 2019, local sales have risen 22% compared to the same period last year.

(Note that an unrecorded number of these local sales may have resulted from properties acquired by banks as part of loan restructuring agreements, etc.)

Although sales in Larnaca and Nicosia rose by 13% and 5% respectively, they fell in the remaining three districts.

During the first ten months of 2019, overseas sales have risen 5% compared to the same period last year.

Property sales to EU nationals fell 9% in October compared to October 2018. Although sales in Larnaca, Nicosia and Limassol rose by 77%, 25% and 11% respectively, they fell in both Paphos and Famagusta by 29%.

During the first ten months of 2019, sales to EU nationals have risen 8% compared to the same period last year.

Property sales to non-EU nationals continued on their downward path, falling by 25% in October compared to October 2018. (There has been a steady decline in sales since May following the introduction of more stringent criteria for non-EU nationals seeking a Cypriot passport and citizenship.)

Sales fell in all districts. Limassol was hardest hit with sales falling 30%, followed by Paphos, where they fell 31%, while sales in Famagusta, Nicosia and Larnaca fell 14%, 9% and 2% respectively.