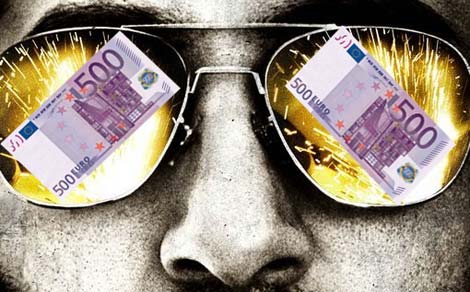 THE GREEK language daily Politis revealed the names of 25 of the 26 investors who will lose their citizenship and passports if the government succeeds in its efforts to revoke them as it stated earlier this month.

Oleg Deripaska, his son and daughter.

In 2018 Deripaska was put on the U.S. Treasury sanctions blacklist along with the largest companies in his portfolio for Russia’s “malign activities.” Earlier this year, he sued the United States, claiming he was made a victim of the U.S. investigation into Russia’s alleged election interference.

(In January this year the Guardian reported that Deripaska could be the missing link in the Trump-Russia investigation.)

All of whom are officials and relatives of the country’s regime, which have been subject to sanctions for corruption and human rights abuses.

Im Paulika and her husband Aun Pornmoniroth, Minister of Finance.

Zhang is the suspect in a fraud case involving loans on adulterated gold, which caused total losses of more than €2.4 billion in several banks in north-west China.

His brother, Zhang Qingmin, (who is also implicated in the fraud) reportedly fled to Portugal via Cyprus in May 2016.

Police shut down the Lingbao Boyuan Mining Industry refinery, established by Zhang Shumin and his brother Zhang Qingmin in 2007. It was one of the major refineries in the city of Lingbao and an official supplier of standard gold bars to the Shanghai Gold Exchange.

Police found the hidden facilities in the factory complex where the tungsten adulterated gold bars were manufactured.

Humphrey Kariuki is wanted by the Kenyan authorities on allegations of evading taxes of more than $30 million and smuggling substandard ethanol products into the country.

When the Kentan authorities raided the Thika-based offices of Africa Spirits Limited, a company owned by the Humphrey Kariuki, they found smuggled ethanol, 312,000 litres of illicit liquor and 21 million fake Kenya Revenue Authority stamps. The factory has since been shut down.

Jho Low is possibly Malaysia’s most-wanted man. He faces criminal indictments from the United States Department of Justice for crimes in connection with the scandal-ridden 1MDB sovereign wealth fund, specifically conspiring to launder billions of dollars from the fund and bribing officials to turn a blind eye to misappropriations.

Educated at the Harrow public school for boys in London, he is also wanted by the authorities in Malaysia, Singapore.

Earlier this month the Malaysian authorities said that he still trying to buy purchase properties in Cyprus, but under another name.

The Iranian investor has not been named.

Thanks to Google, it was surprisingly easy to discover the allegations against these investors. Maybe those looking into other investors who have been granted citizenship and passports for any wrong-doing should try it!!