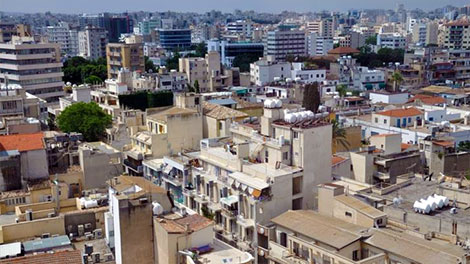 FIGURES released by the Department of Lands & Surveys earlier today show that the 12% year-on-year rise in Cyprus property sales can be attributed almost solely to the domestic (Cypriot) and the overseas EU market.

Property sales to the domestic market, which accounted for 57% of all sales, rose 21% on an annual basis, with increased numbers recorded in all districts.

In percentage terms, Paphos led the way with sales up 55% on an annual basis, followed by Larnaca, where sales increased by 26%. Meanwhile, sales in Nicosia rose by 23% and sales in Famagusta and Limassol rose by 18% and 10% respectively.

(Note that some of these domestic sales may have resulted from properties acquired by banks as part of loan restructuring agreements, etc.)

Property sales to the overseas EU market, which accounted for 15% of all sales, rose 7% on an annual basis. Increased numbers were recorded in all districts with the exception of Famagusta, where sales fell 6% and Paphos, where they remained steady.

However, sales to EU nationals during the final 7 months of 2019 rose a mere 1%; probably as a result of the introduction of more stringent criteria for foreigners seeking a Cypriot passport and citizenship under the government’s “Cyprus Investment Programme“.

(In December, Reuters reported that a number of UK Conservative donors had “quietly took steps to stay inside the European Union”. They included billionaire Alan Howard, one of Britain’s best-known hedge fund managers, and Jeremy Isaacs CBE, the former head of Lehman Brothers for Europe, the Middle East and Asia.)

Property sales to the non-EU citizens, which accounted for 28% of all sales during 2019, rose by just 0.48% on an annual basis. Although sales in Limassol and Paphos, recorded falls of 12% and 9% respectively, sales rose in the remaining 3 districts.

Sales in Nicosia rose 23%, while sales in Paphos and Larnaca rose 12% and 1% respectively.

Paphos recorded the largest number of sales (1,132), followed by Limassol (910). Meanwhile, the number of sales in Larnaca, Famagusta and Nicosia were 550, 213 and 148 respectively.

However, sales to non-EU nationals during the final 7 months of 2019 fell by 15%; probably as a result of the introduction of more stringent criteria for foreigners seeking a Cypriot passport and citizenship under the government’s “Cyprus Investment Programme”.

Over this 7-month period, sales declined in all districts with the exception of Paphos where 560 properties were sold compared with 559 in the same period of 2018; an increase of just 0.18%. 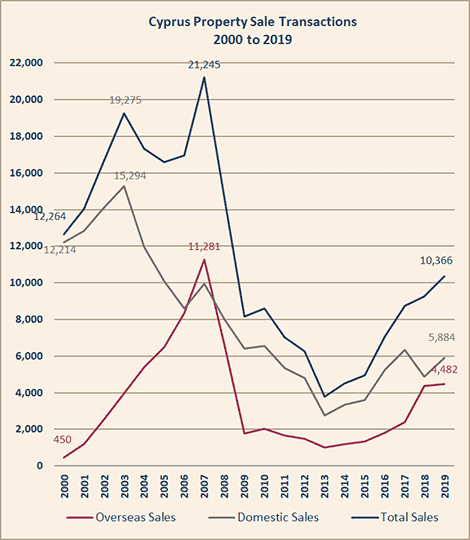 The Department of Lands & Surveys has advised that overseas sales in 2018 and subsequent years should not be compared to sales in previous years due to changes in the methodology used to classify ‘Aliens’ (foreigners).