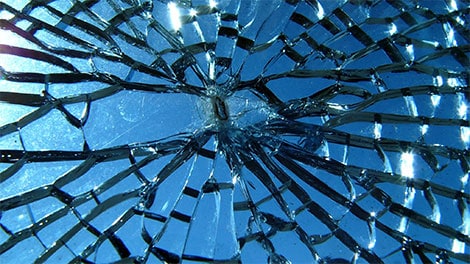 FOLLOWERS of the news in Cyprus will not have missed the many questions being raised about the Cyprus justice system, including allegations of cronyism, impartiality, complicity and corruption.

Just over a year ago lawyer Nicos Clerides remarked on Facebook “Our courts are controlled by the Polyviou and Chrysafinis law firm. There is not a single Supreme Court judge who does not have a child at the law office that promotes the banks’ interests.” His remarks were in connection with three criminal cases judged in favour of the Bank of Cyprus following appeals to the island’s Supreme Court.

In a lengthy statement Attorney-General Costas Clerides stressed that his brother’s views were his own, and that there had been no collusion between them in terms of coordinating their public remarks.

Referring to the Supreme Court’s final judgment in the market manipulation case filed against the Bank of Cyprus, the Attorney-General noted that “three of the five judges on the appeals court have children or a spouse who are employed at the law firm representing the Bank and its officer in the appeals process.”

(A full report on the above is available in the Cyprus Mail.)

We understand that following these ‘incidents’ Greco (the Council of Europe’s anti-corruption body) took the unprecedented step of visiting Cyprus to investigate and make recommendations designed to improve the system.

Speaking to Kathimerini in February 2019 Attorney-General Costas Clerides said that the proposed reforms to the Cypriot Justice system should be implemented immediately and that: ”No one has said that children or other relatives of judges should not work in law firms. No one has said that they should not work in influential firms or in any particular firm. However, when the time comes for a judge to hear a major case and before him appears the employer of his child, then the judge, if not ex-officio, should apply rigorously the principles laid down by the ECHR in the relevant decisions.”

Recent cases involving foreigners have also raised questions about the Cyprus justice system. Most notably the British teenager convicted of lying over being gang raped in Ayia Napa last July and, more recently, British man Conor O’Dwyer and his 15-year quest for justice whose appeal was heard by the Supreme Court several days ago. The former case received huge publicity in both the Cyprus and UK media with protests and demonstrations supporting the teenager organised in both countries.

Just two days ago Maria Hadjisavva of the law firm Elias Neocleous & Co LLC in an article entitled Justice delayed is justice denied referred to cases where the human rights of victims had been violated and a case that took the police 15 years to investigate. The latter resulted in the wrath of the European Court of Human Rights, which condemned Cyprus for breaching of Articles 2, 4 and 5 of the Human Rights Convention.

Although the Cyprus justice system is undergoing reform, but these focus mainly on the speed at which cases are dealt with by the courts rather than addressing the fundamental reforms to do away with the alleged cronyism, impartiality, complicity and corruption.

Recently, lawyers in Limassol were asked to give their honest opinions on the quality of the justice system on a questionnaire.

The answers given by the 138 of the 139 lawyers who completed and returned the questionnaire (below) present a devastating indictment of the state of the Cyprus justice system.

I have spoken with the lawyer referred to in the originating article published in the Greek language ‘Politis‘ on 26th January, London-born Evangelos Pourgourides.

Mr Pourgourides collated the replies and wrote to President Nicos Anastasiades and the president of the Supreme Court advising them both of the analysis of the questionnaire responses, but has yet to receive a reply.

From the answers given, it is clear that problems with the Cyprus justice systems are deep-rooted and intractable and cannot easily be resolved without radical reforms.

Of course, it’s quite possible that lawyers in Nicosia, Paphos, Larnaca and Famagusta have a different opinion of the justice system, but it seems unlikely.