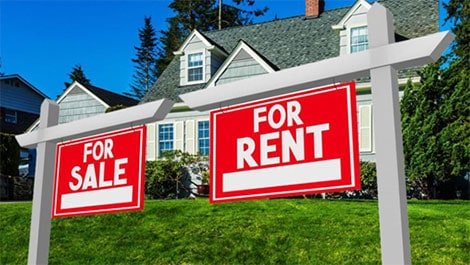 IT WAS pleasing to hear that, after three postponements, Cyprus MPs have finally voted in the much-awaited amendment to the rent law.

The pros of the amendment are the following:

Specifically, the main change brought about with the law amendment is that tenants are now responsible for proving that they have paid their rent in order to be entitled to defend their case in court.

If the Court Registrar is not convinced that the tenant has paid rents due, then the landlord’s case will be sent to court where swift procedures are to take place, without the presence of the tenant.

This means that the Court’s decision to evict the tenant will be issued sooner.

So, whereas it used to take up to two to three years for a ruling to be issued, under the new legislation, we hope that period will be greatly reduced to between four and eight months.

But the question raised here is whether the Rent Control Court is ready to apply the amendment to the legislation?

We are not currently in a position to answer this question, because unfortunately despite the change, we do not know how long the Court will take to rule over whether the tenant has paid and how long the actual court case will be.

What happens if a tenant pays off his debt when the case is presented before a court, but once legal action against them has stopped, they go back to their old ways and stop paying the rent?

Will the case then go to a regular trial with the tenant having the right to defend themselves, which would mean that the landlord would be left exposed once again?

So, it is up to the judge to decide how many rents the landlord will miss out.

Another question raised is what happens to bad tenants who are renting a property which is not covered by the rental law.

Will their cases be presented before the District Court? These cases will, unfortunately, continue to take years before a judge issues an eviction order.

It is thus made clear from the above that the Rent Law creates different categories of tenants, landlords and real estate within the rental market itself.

Maintaining that legislation, even if amended, merely perpetuates the distortions the law itself has created.

Concluding, we are currently 20 years into the 21st century, and the state should be the one who decides on the maximum increase a landlord can ask from their tenant.

The reason why this law has not been declared unconstitutional is that no one has the financial means, the courage and the time to appeal to the Constitutional Court.

George Mouskides is the General Manager FOX Smart Estate Agency and Chairman of the Cyprus Association of Property Owners.