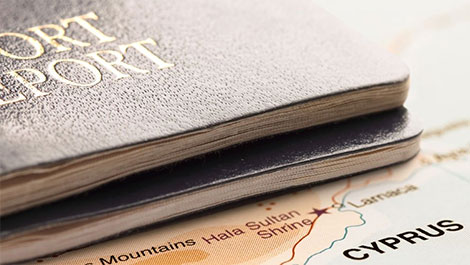 CYPRUS’ embattled ‘golden passport’ programme has come in for a fresh round of criticism from the EU, but the government has rebutted their demands.

A request from the EU Commission was sent to member states on April 1 calling for the phasing out of such programmes.

There is no intention of ending the programme, Interior Minister Nicos Nouris was quoted as saying on Tuesday.

“With the measures which have been taken after May 2019 we see no reason as to why it should be stopped but also the checks now go above and beyond,” he told daily Phileleftheros.

According to reports, the EU further called for a plan to be devised detailing the winding down of operations, with the eventual closure of the scheme altogether. It also reportedly asked for the plan to be made available for review.

The measures to which Nouris was referring are, in part, reviewing previous applicants.

The government began a process of revoking citizenship should an “audit reveal that a person or a member of his family has been accused of any crimes, or are the objects of European or international sanctions.”

In November, it was reported that Oleg Deripaska – a Russian billionaire with ties to the Kremlin – had his Cypriot citizenship rescinded as part of the stricter measures and review process. He was granted citizenship in 2017.

It is understood that 26 people have so far had their citizenship revoked.

“It was a mistake not to have criteria, for instance, for high-risk persons,” former Interior Minister Constantinos Petrides said at the time.

The EU, however, insists that such programmes undermine the integrity of the bloc by granting access to individuals which it sees as questionable.

The Commission recently sent another round of requests to the Cypriot, Bulgarian and Maltese authorities in regards to the programmes, an EU representative said.

Questions have been raised over the timing as the Covid-19 pandemic threatens Cyprus’ and the bloc’s economies.

Proponents of the citizenship by investment programme say that it boosts the economy and creates jobs.

Critics, however, say that the programme is rife with corruption and creates major imbalances in key sectors such as housing and construction.

EU passports can be obtained in Cyprus for an investment of at least €2 million.