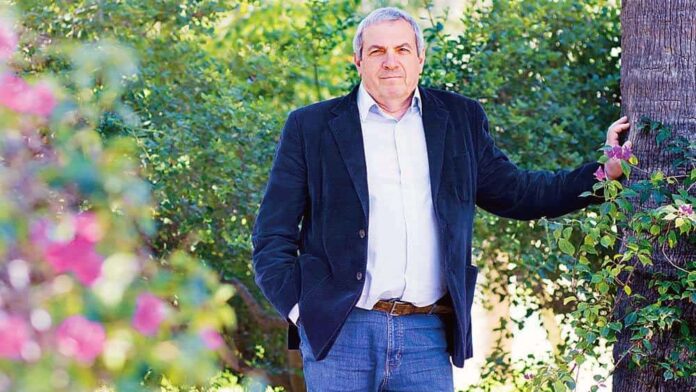 THE GREENS have hit out at a “scandal brewing in Paphos”, with roots in the past, concerning land originally earmarked for green areas, which the developer now wants to sell to the Bank of Cyprus to clear debts, they said.

In a long and complicated case, a well-known developer received an urban planning permit for a single development in 2008.

According to the Greens, after 13 years of inactivity, the company is now asking for 20 per cent of the green area that should be for landscaping and public use to be located in the southern part of the development and not in the original portion of 250 hectares, but rather on a piece that the developer wants to sell to Bank of Cyprus.

This would mean that there would be no green area on the ‘united development’ which was what the initial permit was issued for.

“This cannot be done legally as you have to have a percentage of green area evenly distributed on a development so that there are small green areas dotted around and not consolidated into one big piece of land far away, and then sell it,” Greens MP Charalampous Theopemptou told the Cypus Mail on Tuesday. He said green areas do not belong to the owner of the plot but the government.

“You transfer it, and regulations on green areas are very strict and any change of use has to have the permission of the council of ministers,” he said.

The story behind the move is complicated.

In 2008, town planning issued a permit for a ‘unified development’ where a single piece of land is joined and made up of lots of smaller individual plots, owned by different people to create, in this case, a space of 1,120 hectares.

Although it was originally agricultural land without permission to build, uniting it allowed for a building factor of 6 per cent. This land was then converted into a residential area, increasing the building rates to 60-90 per cent, which at the time was a huge scandal in itself, said the Greens.

“Not only were they not supposed to build on this land but it was considered ‘united land’ and now they are asking, after 13 years of nothing and without fulfilling their obligations, that the 20 per cent green area be ‘moved’ and sold to the bank. This would mean there is no green area here, as required,” they said.

The issue was brought to parliament at the time, and there was a great deal of uproar over the conversion of an agricultural land reclamation area into a residential development area, the Greens noted.

Due to this case, the then government invented the urban term of “unified development” which it introduced in certain minimal areas of Cyprus in the local plans in order to favour specific entrepreneurs, the statement said.

“The urban tricks and alchemies of the late 2000s” were then interrupted by the global real estate crisis, the Greens added.

“The claims and derogations requested by the company smell like a distant scandal. We call on the competent services to reject the requests of the company – with the already obvious concessions – and to demand that it fulfil its obligations,” they concluded.