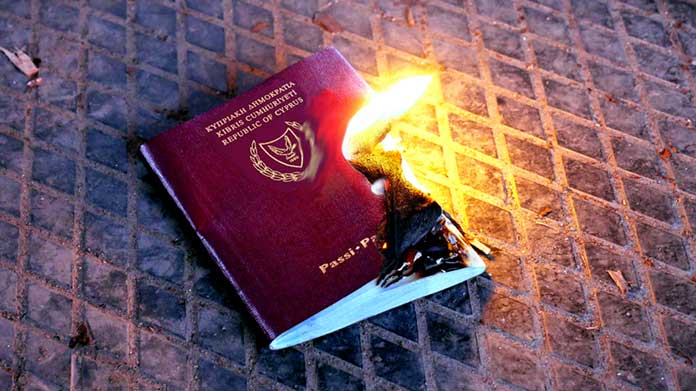 Cyprus will begin taking steps to remove citizenship from seven people who violated the terms of obtaining a passport under the citizenship by investment scheme, it was reported on Friday.

In the past “there were some deficiencies or loopholes in the programme. And that’s why we have adopted so many steps … to introduce more effective control mechanisms,” Anastasiades said in an AFP interview.

The president told the news agency that even before news outlet Al Jazeera recently published a report critical of the scheme, around 30 people were under investigation to see if there were “any violations of our criteria”, Anastasiades told AFP.

“It seems that seven out of the 30, they should be deprived of the Cyprus citizenship,” he was quoted as saying. The seven will now have a process launched to have the passports rescinded. AFP said the seven were of various nationalities.

Anastasiades also said some 4,000 cases would now be examined, approximately everyone who obtained citizenship since 2008. He said he expected the number of violators to be low overall.

The government on Thursday announced the pending appointment of an investigative committee to look into the entire period during which passports were granted to foreign nationals under the citizenship-by-investment programme – 2008 up to July 31, 2020.

On why the probe would be covering all naturalisations under the citizenship-by-investment scheme, government spokesman Kyriacos Kousios said it was precisely so that no stone would be left unturned.

“There must be a full and complete investigation, providing answers by the committee to be appointed by the attorney-general, we hope, so that no questions remain unanswered.”

Auditor-general Odysseas Michaelides has also announced a probe into the programme to ensure the state did not lose any money. That investigation is currently being blocked by the interior ministry which has asked the AG to give his legal opinion whether handing over personal data was legal.

Meanwhile a three-member committee led by the chairwoman of the Securities and Exchange Commission has completed its own investigation into certain citizenships granted from 2012 to 2018. The panel examined 12 files involving 42 individuals considered “high risk.”

Kalogirou said these should be referred to the attorney-general to decide whether there was a crime while the state should launch the process of rescinding the passports.

The committee also recommended rescinding the citizenships of 12 other people – three files – who are wanted by the authorities in their countries.

The remaining five files were high-risk, and the individuals involved should be monitored continuously, she said.

Meanwhile, main opposition Akel leader Andros Kyprianou accused the president on Friday of trying to blackmail him to keep his mouth shut by threatening to publish documents relating to citizenships granted by the Demetris Christofias administration between 2008 and 2013.

Speaking on state radio in the morning, Kyprianou said in a meeting with the president regarding the citizenship by investment programme, Anastasiades “waved this papers and told me ‘you know, I have these papers, stop talking.'”

This was a few weeks ago, before Qatar-based Al Jazeera reported, using confidential government documents, that Cyprus had granted citizenship to various dubious individuals.

Kyprianou said Akel will not remain silent and challenged the government to publish the documents.

“The biggest names on this list who have been granted citizenship are clients of the Nicos Anstasiades law firm,” Kyprianou said. “Did Demetris Christofias conspire with Nicos Anastasiades to grant citizenships to the people in question?”

On Thursday, it emerged that Anastasiades had sent a confidential letter to party leaders with the details of citizenships granted by the Christofias administration.

Kousios challenged Kyprianou to make it public with the Akel leader replying that the Presidential Palace can go ahead and publish it if they wanted.

Kyprianou said he would not be the one publishing a confidential document.

On Friday the spokesman said the letter was sent to the leaders for information purposes and it was not the government’s intention to blackmail anyone.