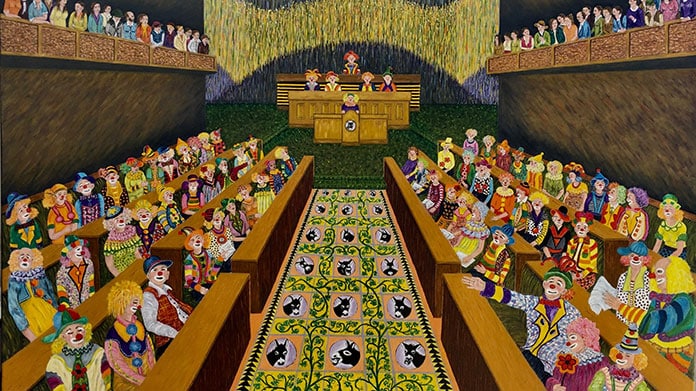 The Anastasiades government with a circle of political plotters are sharpening their knives and tongues to oust Mr Odysseas Michaelides the honourable Auditor General. Authorized and protected by the Cyprus Constitution, thankfully he remains steadfast and firm against all political attacks.

For his honesty and personal integrity; transparency and duty performance he has gained the respect of the public and the entire country but not so of the political system. Such qualities of honesty and duty for the country in a man are rare but real assets that make Presidents!

It is for this very reason the government refuses to hand over to him files for audit. Pathetically, everyone in Cyprus knew about the shenanigans of the scandalous Passport scheme but preferred to live in the House of the Blind in a Society of Silence!

For sure the scheme encouraged corruption that generated millions for some by selling EU-Cypriot citizenship and passports! In fact, €9 billion worth! Where did all that money go? No one is talking!

That’s precisely what the Auditor General and his Team wants to know but also all those thousands of citizens that stand behind his efforts.

That money was not spent on infrastructure developments or on housing projects for the deprived, hospitals or even on social services to help those poor citizens who will soon become homeless for the first time in the history of Cyprus.

For sure Odysseas will fight for Justice and transparency but unfortunately in countries like Cyprus, “where there is no Justice, there exists no injustice or crime,” the rogues go free and dance on the graves of the innocent!

NOTE:
A recognized artist, Andreas C Chrysafis is also a UK published author of five books and over 400 press articles. “Aphrodite’s Sacred Virgins” has been his latest Cypriot novel.