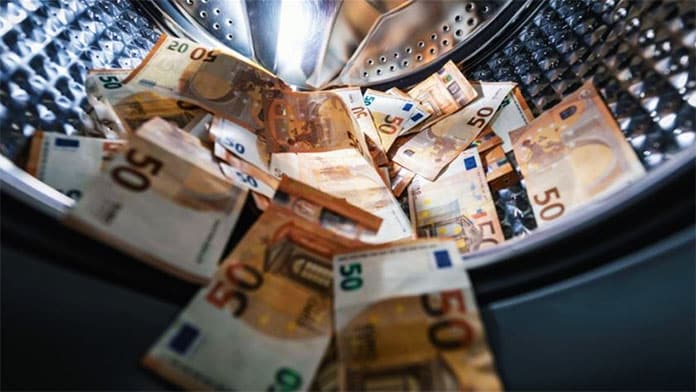 The entrapment video by the sensationalist broadcaster Al Jazeera may have disturbed some people, but it was a wake-up call for Cyprus society that continues to live in Lalaland, unwilling to rock the boat or challenge the establishment.

We have heard countless “I will support you” from politicians – it’s their favourite phrase.

But is it a crime? Is ‘intent to support’ a convictable offence?

For sure, stupidity is not a crime, otherwise, we would have lots of such criminals, more than half of the 56 MPs and many of the current and past cabinets of the last six decades.

So then, isn’t Demetris Syllouris innocent until proven guilty?

Did he commit a crime? Hardly, according to the video.

Could he? Who knows? Had he in the past?

This is what the Auditor General wanted to probe, but the current administration prevented him from doing so, simply because Odysseas Michaelides would open Pandora’s Box.

If the czar of public spending oversight continues with his investigation, he could take everyone down – the President of the Republic, his Cabinet, their predecessors, defenders of the institution (Attorney Generals, Auditor Generals, central bankers), political party leaders, MPs, mayors, municipal councillors.

Apart from the cash under the table, most of these people often get high from the power of corruption, not so much the backhanders, per se.

Even teachers, civil servants and police enjoy the ride of fame, giving them that 60 seconds of exerting influence, for whatever reason.

And let’s not get started on the clergy:

To commit an alleged crime of the magnitude revealed in the Al Jazeera exposé, one cannot do it alone, but the heads of corrupt civil servants will not roll, especially not six months away from the next parliamentary elections.

These people got there with the help of their politician friends, some of whom are lecturing everyone else on ethics.

In Cyprus, everybody knows, but nobody speaks.

The reputation of the political establishment is at stake at the next polls in May 2021.

Political parties that have lost all credibility will fight for their survival, the same way that some do not want to solve the Cyprus Problem, for fear of not having fodder to argue about or a chair to sit on.

And we, the media, share part of the blame, for our inability (though not unwillingness) to uncover the truth, no matter how painful.

There are a handful of hard-hitting journalists in print or radio who do a tremendous job, but it is not true that others “succumb to pressure” from their publisher/broadcaster employers, as ‘media academics’ like to claim from the comfort of their sofa.

It is the same string of actors who paraded on our screens or were mentioned in the Al Jazeera video who influence the media, as well as party leaders and elected officials who exert pressure on the media.

Very often, even threatening to detach themselves from being the leaks or sources of so many local revelations.

And the lack of cooperation from public servants prevents the truth from coming out, which is why the whistleblowers are nowhere to be seen and remain unprotected.

No matter how hard a reporter tries, we do not have the mechanism of submitting ‘public interest question’ in the name of transparency.

Even the law on phone-tapping, so critical in catching drug lords and underworld bosses, has struggled to get parliamentary approval, where half the MPs have a conflict of interest, as they continue to work in the private sector, in firms looking after the interest of clients.

When the Financial Mirror embarked on revealing the illegal goings-on of Beogradska Banka, the Milosevic money launderers, as well as their lawyers and bankers in Cyprus, we were branded as ‘traitors’.

Blackballed by many, with letters threatening legal action.

When we reported the truth about Bank of Cyprus executives’ fishy deals to offload private companies onto the bank’s shareholders or questioning Vgenopoulos’ tactics at Laiki, we were deprived of advertising revenue, often the best tool to bring media into check.

As his mission is to check public spending, will the Auditor General single out those who, by doing ‘hundreds of deals’ have evaded taxes when ordinary people are dragged to the courts or even jail for not paying a three-figure tax debt?

Will the Attorney General’s probe into the Al Jazeera allegations ask the right questions, or have they been designed to prevent further embarrassment for public figures?

Will senior civil servants be quizzed why they approved ‘golden passport’ when seven have so far been rescinded because false or misleading information was provided?

Will Cabinet members be questioned by police investigators why they provided fast-track procedures to executives of the casino resort when they did not personally inject money, thus not eligible for the Citizenship for Investment Scheme?

Why, then, do some people get upset when we refer to the ‘Banana Republic’?

This was not the best way to mark the island’s independence diamond anniversary this month.

Eating charcoal would have tasted better.