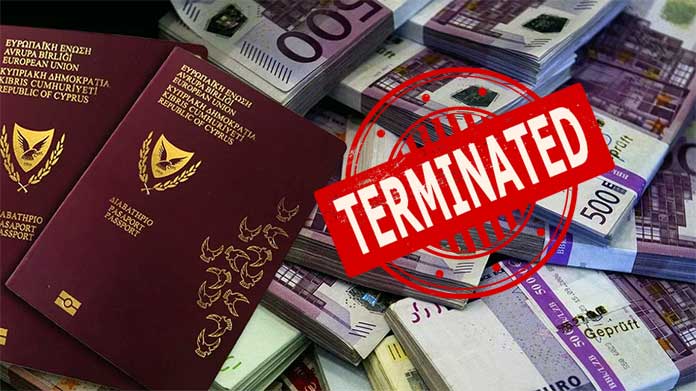 The controversial Citizenship-by-Investment (CBI) scheme is “definitively and irrevocably terminated”, Interior Minister Nicos Nouris assured MPs on Monday, but lawmakers insisted that does not let the government off the hook.

Presenting to parliament his ministry’s budget for 2021 (€571 million total), Nouris inevitably addressed the passports affair, which blew up after al Jazeera aired a documentary in October. The film – showing active politicians engaging in apparent wheeling and dealing – forced the government’s hand, and it axed the CBI shortly later.

Meantime the European Commission has initiated infringement proceedings against Cyprus over the matter. Effectively the commission alleges that Cyprus was ‘selling’ passports to investors who did not have real bonds to the country.

The commission stated that Cyprus’ practices potentially undermined and endangered “the integrity of the EU citizenship and its smooth operation”.

On Monday Nouris reiterated that, although the CBI has been scrapped, the legislation and regulations governing it are still in place for practical reasons.

For instance, the cabinet is currently reviewing a panel’s recommendations regarding which citizenships – deemed dodgy in retrospect – can be revoked.

In addition, hundreds of citizenship applications – filed this year before the CBI was officially nixed – are pending review. These concern 691 foreign investors and 722 family members.

On the European Commission’s infringement process, Nouris said Cyprus will respond to the commission’s queries within the deadline, and that a response is being drafted by the attorney-general’s office.

It’s understood Cyprus needs to deliver its response by December 6.

Infringement proceedings against a member-state – based on suspected breaches of EU law – entail several phases. First the commission sends a letter of formal notice requesting further information to the country concerned, which must send a detailed reply within a specified period, usually two months. This is the query stage that pertains to the current passports issue.

If the commission concludes that the country is failing to fulfil its obligations under EU law, it may send a reasoned opinion – a formal request to comply with EU law.

If the country still doesn’t comply, the commission may decide to refer the matter to the Court of Justice. Most cases are settled before being referred to the court.

Christiana Erotokritou, an MP with junior opposition Diko, said the government needs to do a lot more if the Republic is to “regain its lost credibility” in relation to the passports issue.

At the minimum, she said, the government must grant the auditor-general access to all citizenship files. It would not only boost transparency, but also provide the added bonus of demonstrating to the European Commission that an independent authority in Cyprus is engaging in oversight.

The interior ministry and the auditor-general have been at loggerheads over the latter’s request for access to files.

Moving onto another matter – the government’s immigration policy – Nouris said that despite the sharp decline in asylum applications this year (50 per cent fewer than in 2019) due to the coronavirus pandemic the system is still struggling to cope due to the mass influx in prior years.

He said a prime objective of the current policy is to significantly shorten the time it takes to process asylum applications, so that especially applicants hailing from so-called ‘safe countries’ are processed within two months at the most, thus helping clear the backlog.

According to the minister, following an agreement between Cyprus and Frontex – the European Border and Coast Guard Agency – some 1,200 illegal migrants have been returned to their countries over the past five months.

In addition, Cyprus has signed bilateral readmission agreements with a number of countries, including Lebanon, Georgia and India.

In the ministry’s budget for 2021, the line item for expenditures relating to immigration policy comes to €48 million, some €18 million more than the funds allocated in 2020.