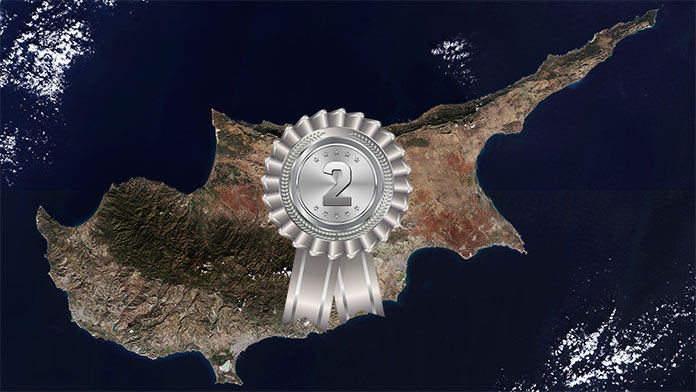 Cyprus finished in the silver medal position for issuing the second highest number of first residence permits to non-EU citizens in the 27 EU member states during 2019.

According to Eurostat, Cyprus, which issued 26.4 permits per 1,000 of its population, was robbed of the gold medal by Malta, which issued 42 permits. The bronze medal went to Poland; trailing in third place issuing 19.1 permits relative to its population.

Eurostat estimates that an average of 6.6 first residence permits were issued per 1,000 of the population across all EU members states in 2019; Cyprus issued four times that number.

The five largest groups issued with first residency permits by Cyprus were:

(A first residency permit enables a non-EU citizen to stay for at least three months in the EU member state’s territory.)

While we’re on the subject of the now defunct Citizenship for Investment (aka Golden Passport) scheme, I came across a video on the subject, which should bring a smile to your face.

Stevie Georgiou’s a Cypriot comedian. He’s hilarious and you can watch his videos on Georgiou’s World. You can also find Stevie on Instagram.

Here’s a video he made a few weeks ago about the Golden Passport scheme. Enjoy.