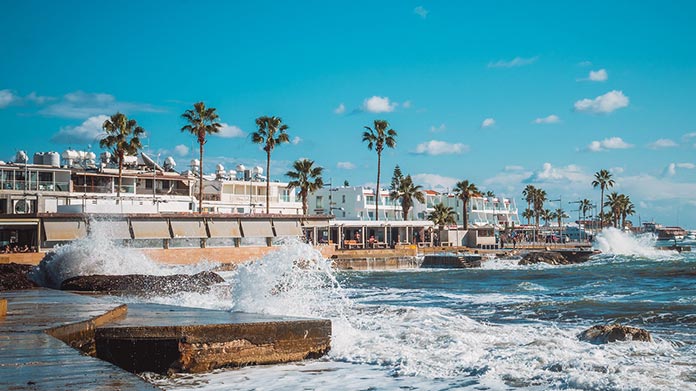 An existing Paphos hotel on the seafront of the town is earmarked for demolition with three nine-storey buildings due to take its place, the local green party announced on Monday.

An announcement in a newspaper three days ago stated that anyone requesting information or wishing to submit proposals should do so within seven days.

“This is the first step towards creating a ‘concrete wall’ on the coastal front of Paphos. We only found this out due to information in the press. Three, nine-storey buildings will just be the beginning, this is very sad and as Green’s we believe everyone should have a chance to view an opinion, but this is a negative move, it will be the first, then another and another,” Andreas Evlavis said, speaking to the Cyprus Mail on Monday.

He stressed that a wall of concrete will spring up in the wake of the three nine-storey buildings, that will be built in the place of Asimina Suites, as other similar buildings are sure to follow.

“The supposed advantage that Paphos had over the other tourist destinations is lost. The citizens of Paphos will also see the beach with binoculars,” he said.

“What is certain is that in a few years, everyone will be wondering where all of the authorities and bodies were, and what politicians, scientists, Etek and the architects were all doing as this was happening,” he said.

However, supporters of these buildings, such as a number of Paphos architects, suggest that predictions from the World Health Organisation suggest that 70 per cent of the world’s population will be living in cities by 2050, so it makes sense to build vertically, freeing up land for agriculture and greenery.

“Imagine suddenly you realise that in front of you a nine floor building is going up and no-one did anything about it, how would you feel?” said Evlavis.

Proposals and comments should be made to the mayor of Geroskipou, or to the developers Constantinou Bros, he said.