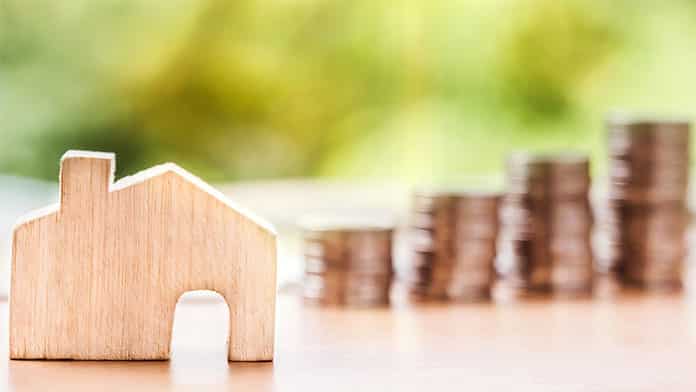 The House of Representatives on Thursday passed a law levying a 0.4 per cent tax on all sales of immovable property, the proceeds of which to go toward supporting Greek Cypriot refugees.

The legislative proposal, passed by a unanimous vote in the plenum, aims to compensate refugees for their inability to possess, have access to, or otherwise gainfully use their land in the north.

The levy is payable by the seller of the property.

The funds raised will go into a fund managed by the Central Agency for the Equal Distribution of Burdens, the state agency tasked with assisting refugees of the 1974 war.

Speaking on the House floor, ruling Disy leader Averof Neophytou welcomed the consensus on the bill.

He called it a correct move, though one that would not solve refugees’ problems on its own. That objective, he added, can only be achieved through a settlement of the Cyprus issue.

The between €16 million and €20 million raised through the tax was at least something, Neophytou said.

Main opposition Akel said political parties had been forced to table legislation due to the government’s ‘indifference’ on the matter.

Akel had proposed a scalable tax rate depending on the value of the property being transferred, but their amendment did not muster the necessary support.

Diko MP Charalambos Pittokopitis noted that throughout the years the state has failed in its duty to adequately help refugees.

He also expressed surprise that the ruling party backed the bill, given that the government has indicated it is opposed to the new tax.

Edek leader Marinos Sizopoulos said that though the financial support to refugees is a positive, the political aspect is more significant.

After 2008 and the “wrong” decision – as he put it – of the European Court of Human Rights greenlighting the Immovable Property Commission (IPC) in the north, many refugees in dire straits took to the IPC to sell their homes for a fraction of the real value.

Given the government’s stated opposition to the bill, the president may refuse to sign off on the law and return it to the House.

Lawmakers on Thursday welcomed the first court judgement against a bank for unfair terms of contract, but still harangued the banks for acting with "impunity" in terms of their service fees to clients. Last week a court found that a bank had used certain unfair terms in a contract with a client, ordering the lender in question to cease and desist from the practice. The bank has yet to appeal the decision. State attorney Froso Soteriou told MPs that two more similar cases have been filed in court. Moving on to the broader issue of bank fees, legislators at the House commerce committee slammed the banks for "arbitrariness and impunity" in their dealings with customers. Financial ombudsman Pavlos Ioannou alluded to instances where banks refuse to hand customers an account statement or other documents. "It all stems from the immense and completely monopolistic power that banks hold against each and every consumer," he said. A finance ministry official said the ministry has issued a decree...
Read more
Sales

When the Department of Lands and Surveys released data on sales contracts for January, it struck me the numbers and percentages were presented without analysis, indicating the beginning of 2021 was disastrous. Almost everyone involved in the field focused on the 23% decrease compared to the corresponding month of 2020 and the 30% decrease compared to December 2020, disregarding essential factors relating to this period that made things different. I will briefly mention there were no restrictions in force last January. The sense of uncertainty hadn't yet gotten under people's skin. I want to clarify that my intention is not to be the harbinger of glad tidings since the real estate sector faces significant challenges and is evidently not in the best shape. However, I believe a more thorough data analysis is necessary, not only to have a better grasp of the situation but mainly to avoid giving the public the wrong impression and spread panic. In any case, if we look at the...
Read more
Prices

The coronavirus pandemic has struck a blow to the market of holiday homes all across the world and Cyprus is no exception, according to Panos Danos, CEO of Danos & Partners Real Estate. Rental prices this year are expected to drop even further than in 2020 during which those were low enough compared to the year before, he told Philenews. A temporary sharp drop in prices is expected to be recorded in the coastal districts of Paphos, Larnaca, Paralimni and Limassol. These districts were very popular for villa rentals from holiday makers from Germany, the United Kingdom, Gulf countries, China and Russia back in 2018 and 2019. Due to the coronavirus, rental prices of beach houses in the district of Famagusta will be between €8 – €14/sqm. from €10-€ 2/sqm. in 2020 and €18-€2/sqm. in 2019. This means a 36.36% price drop. In coastal Larnaca, rental prices of beach houses are expected to be €6 to €10/sqm. from €8 to €10/sqm. in 2020.  The...
Read more
Property News

Economists have welcomed the idea of creating a state-owned bad bank to help the banking system offload toxic loans to focus on supporting a battered economy post-pandemic. Bank of Cyprus Financial Research director Ioannis Tirkides told the Financial Mirror, there is no better time to table such an idea as the Cypriot economy is going through a crisis which, inevitably, will create more unserviceable debt. "The Cypriot economy was already going through a transitional period with banks trying to offload non-performing loans (NPLs) accumulated over the past year when it was struck by COVID. "This combination will bring about a bigger impact than any other recession," argued Tirkides. He said acquiring bad debt is part of doing business, but circumstances created by the coronavirus pandemic do not allow banks to deal with it as they would in a normal transition. He argued that getting rid of bad debt is an inevitable part of renewing the banking system in a time of crisis. "Having a healthy...
Read more