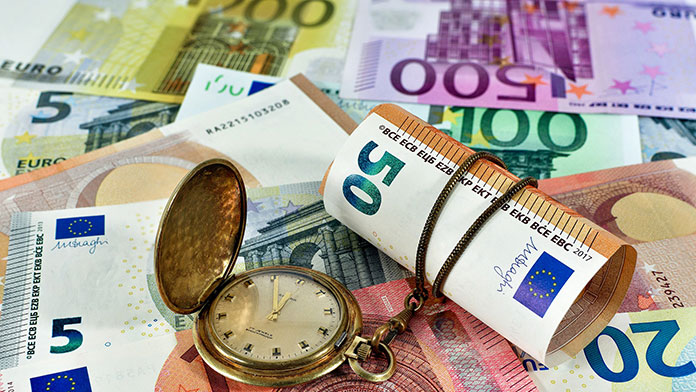 Terms like “non-performing loans”, “foreclosures”, “loan sales” entered our lives in the last decade as a result of the global financial crisis, as well as the one in Cyprus.

Cyprus might have been in the spotlight because of the high percentage of non-performing loans, but the rise in defaults had also put the entire European banking system at risk.

In 2016 non-performing loans in the European banking system amounted to €1.13 trillion.

In 2018, they fell to €750 billion, and today they stand at €650 billion, without considering, of course, any new loans resulting because of the pandemic.

Much like a borrower who has no magical solutions at their disposal to manage their debt, a bank cannot magically reduce its non-performing loans, which impact its capital, its general economic strength, investor and consumer trust.

An available solution is debt-to-asset swaps implemented in Cyprus, where banks exchange their debt in exchange for real estate.

However, in many cases, this resulted in banks owning assets that required special management, which banks were not designed to handle.

The only “magical solution” available is to sell these loans.

This is a phenomenon we have witnessed in Cyprus in recent years, as the time was ripe and banks were ready, in terms of funds and provisions, to accept the losses resulting from such actions.

When banks are ready to dispose of a portfolio of NPLs, they start negotiations with interested parties, mostly investment funds with departments specialised in acquiring and managing problematic assets.

Once the deal goes through, the new loan owner employs a credit-servicing business (the servicer) to realise the value of the loans, i.e., to recover the amount owed.

The servicer’s operational structure employs a wide range of specialties – in-house and freelancers – from bank employees to real estate experts, appraisers, and so on.

In the case of Cyprus, where most loans sold by banks are secured, consultants who specialise in their management have played a key part.

That is because the return on investment is determined by the difference between the price the new owner acquired the loan and the value recovered from the loan or its underlying collateral.

So, if their real estate consultant has not suggested the best possible strategy for managing and disposing of the collateral, the return will be lower than expected.

The strategy to manage a secured loan is neither one-dimensional nor straightforward.

Many factors need to be considered, such as the value of the assets used as collateral, the legal framework allowing loans to be converted into real estate assets and the time required for the creditor to own the collateral (repossession).

The legislation governing foreclosures, for example, is an important parameter to consider for anyone interested in acquiring these portfolios of non-performing loans.

In essence, the buyer of non-performing loans bets on the performance the disposal of their collateral will have and the speed they will make this recovery (i.e., how quickly the property will be sold).

That is why, depending on the collateral, acquisition prices vary considerably.

Today, while there are circa €10 billion in loans outside the banking system, they are still part of the Cyprus economy, with everything that entails.

Their sensible management is vital to reduce the country’s private debt and to fix the mistakes of the last decade.