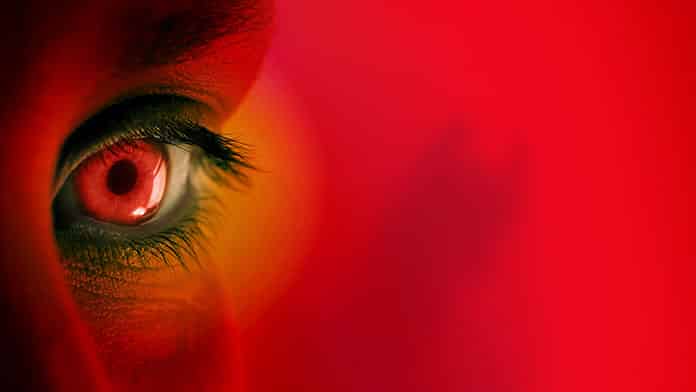 More Cypriots believe that corruption has increased in their country over the past year than their fellow European citizens.

According to Transparency International’s Global Corruption Barometer, Cyprus tops the list as 65% of Cypriots thought corruption had worsened over the past 12 months, compared to the EU average of 32%.

Second on the list is Slovenia, with 51% of its inhabitants believing that corruption has risen in the same period.

Furthermore, the survey found that four out of ten Cypriots used personal connections to access a public service during the past year.

The findings, however, follow the trend across the EU, with three out of ten using a personal connection to access a state service. 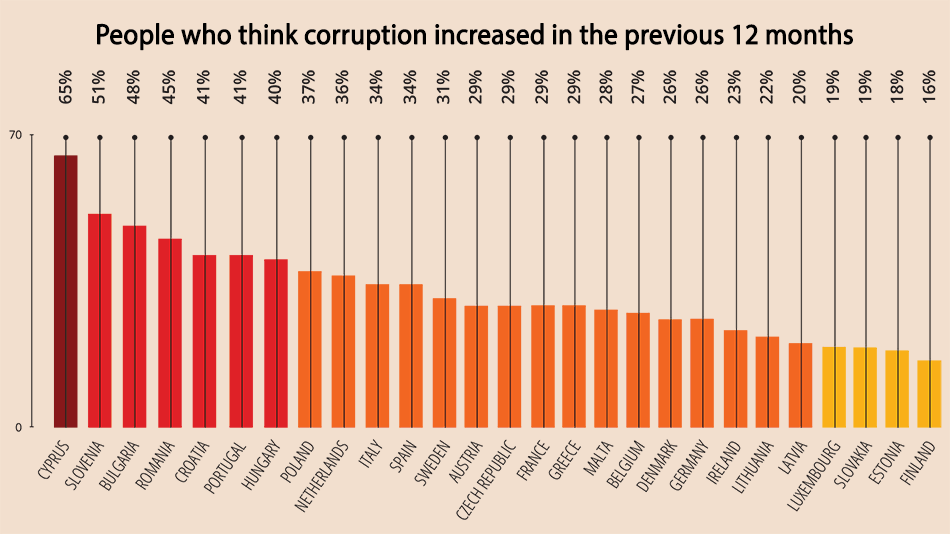 “While bribery rates remain low at 7%, we found that around three in ten people [across the EU] used a personal connection to access healthcare, education, and other public services,” Transparency said.

This was equivalent to more than 106 million people across the bloc.

Although just 6% of people paid a bribe for healthcare, 29% of EU residents have used personal connections to receive medical attention.

Transparency International reported that healthcare is a hotspot for corruption, noting it is of particular concern, especially during the pandemic when people urgently need medical support and vaccinations.

“During a health crisis, using personal connections to access public services can be as damaging as paying bribes,” said Delia Ferreira Rubio, Chair of Transparency International.

“Lives can be lost when connected people get a Covid-19 vaccine or medical treatment before those with more urgent needs.

“It’s crucial that governments across the EU redouble their efforts to ensure a fair and equitable recovery from the ongoing pandemic,” she added.

Overall, almost two-thirds of people in the EU think that government corruption is a problem in their country.

It is compounded by widespread perceptions of impunity, with only 21% of people believing that officials often face appropriate penalties for corruption.

Citizens are divided over which institutions have the biggest corruption problems.

In half of EU countries, prime ministers and members of parliament are seen as the most corrupt. In the other half, it is business executives and bankers.

Yet trust in the police, local government, and the courts are high across the region. More than 60% of EU residents said they trusted these institutions.

In Cyprus, 69% believe the government is run on behalf of private interests, second on the index in this category. The EU average was 53%.

Cypriot mistrust in the government and the political system is fuelled after a series of scandals involving officials in high places, with the culprits seemingly unpunished.

President Nicos Anastasiades has come under fire himself over alleged involvement in the controversial citizenship by investment programme.

Both have since resigned, with a police investigation into their actions underway.

Although the video did not reference a state official, it did shoot down the government’s claim that Cyprus was unfairly targeted over its investment scheme from foreign media and EU partners.

Warnings from international bodies for Cyprus to get its act together have also played their role in shaping a negative image of the political system.

The Council of Europe’s Group of States against Corruption (GRECO) has said Cyprus was among countries that have not fully complied with its recommendations on corruption prevention.

According to the EU Commission, Cyprus has failed to comply with the EU’s latest anti-money laundering directive, leaving a legal gap that could be exploited at the bloc’s expense.

It has also threatened legal action over the disgraced passport scheme.