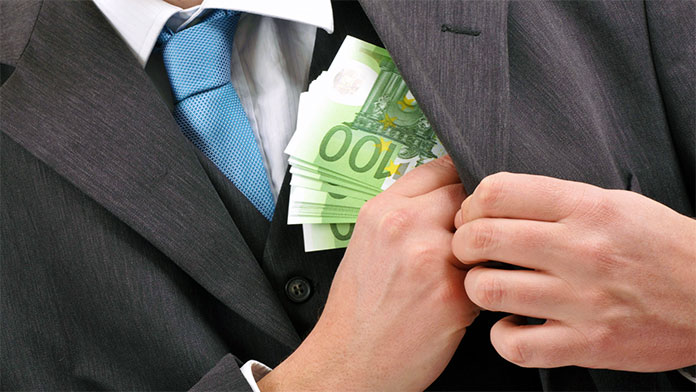 Soon after the report on the ‘citizenship by investment’ scheme, fellow economist George Koumoullis convincingly made the case that Cyprus is a kleptocracy – a system of government in which political leaders use their positions to enhance their personal wealth.

As it is now known, the government completely ignored legal opinions provided in 2015 and 2016 by the Attorney General, which stipulated that granting citizenship to members of an investor’s family was unlawful.

The report provided plenty of evidence the government was more interested in maximising passport sales than operating within the law – several government members, including the President, benefited directly from the scheme in that their immediate family members were earning large sums of money either by representing applicants or selling property to them.

As if that was not enough, Koumoullis reminded us of the Archbishop’s admission to local media that he told President Anastasiades: “We must stop stealing, and I include myself”.

The Archbishop accepted a contribution of €300,000 for the Church and €10,000 in his personal bank account from the fugitive JhoTaek Low, the main culprit in the infamous 1MDB scandal in Malaysia, for his efforts in persuading the government to grant him Cyprus citizenship.

Anastasiades and his ministers didn’t bother to declare an interest when approving citizenship applications submitted by their respective family law firms.

Collectively, they behaved as if they were entitled to take advantage of their positions to become richer.

In any democracy that respects the rule of law, such scandals would, by now, have led not only to the resignation or dismissal of the government but also to criminal charges against the President and those ministers who benefited from passport applications.

In Cyprus, however, all it took to close the matter was a half-hearted public apology by the President, who claimed there was no fraud or embezzlement of funds.

Under his presidency, the Citizenship by Investment scheme was adapted in ways that created more lucrative benefits for his family – there are suggestions this sum could exceed €300 million – was neither here nor there.

Unfortunately, checks and balances on the power of the President in Cyprus are few and far between.

It is another side-effect of the Cyprus problem remaining unresolved.

The 1960 constitution gave those checks and balances to the Turkish-Cypriot community – as a result, they remain inoperative since 1963.

Although there have been abuses of power in the past, none has been more embarrassing for the country than the sales of golden passports.

Besides the well-known Al-Jazeera documentary that exposed how corrupt Cyprus is to the rest of the world, the country is now officially accused by the European Commission – alongside Malta – that it has failed to uphold its Treaty obligation of “sincere cooperation” with other EU member states.

For, after all, Cyprus wasn’t just selling Cyprus passports – it was selling EU citizenship to the world’s most notorious white-collar criminals, dictators, and shady oligarchs.

The Commission warned the government repeatedly about the scheme’s infringement on EU values – starting in 2015.

The government simply ignored those warnings.

The economic consequences of kleptocracy are severe.

If a state’s priorities are to enrich those in power, economic growth, if it happens at all, will deliver benefits to the few, often at the expense of the many.

Large sections of the population will remain poor.

The young will be disillusioned, and there will be significant misallocation of talent and brain drain, making sustainable economic growth and prosperity for the many a distant dream.

The economic consequences of the property boom and bust associated with the golden passports scheme are, however, evident already and are paid by the rest of society: rented properties became prohibitively expensive during the boom, while during the bust, the entire property market will feel the ripple effects of unsold overpriced properties intended for ‘investors’.

The same is true of the environmental consequences of the skyscrapers that made the scheme so lucrative for the kleptocrats, which will be felt for many decades to come.

The long list of economic bads also includes the diversion of scarce resources from productive uses into property speculation – including the misallocation of talent, whereby the best brains are attracted to unsustainable activities.

The pursuit of the most lucrative customers of golden passports typically involved attracting white-collar criminals – those who are willing to pay more for a new nationality have made their money illicitly and are eager to avoid legal repercussions, like Jho Low.

We must also add the negative psychological effects on the younger generation and the brain drain that such effects often lead to a long list of bads.

When new entrants to the labour force realise their education and skills are less important in the labour market than their contacts with those in power, they become disillusioned and unmotivated, often becoming economic migrants, helping other countries grow.

Last but not least, the reputational damage to the country’s name deters real investors, who do not want to link their names with a kleptocratic regime of money launderers.

This is indeed a lesson that should have been learned from the 2012-13 crisis.

As I explained in my book “A diary of the euro crisis in Cyprus“, – the country should have learnt a long time ago who were the real culprits of that crisis.

Surprise, surprise, they are the same lot who are responsible for the golden passports scandal!

The same law and accountancy firms went out of their way to attract illicit money and shady foreign oligarchs into Cyprus.

The doubling of the Cypriot banking system during 2005-10 and the associated credit boom in that period, which fuelled another property bubble back then, was entirely the result of the very large inflows of illicit foreign funds.

The reckless investments in Greek government bonds at the height of the Greek crisis by the big two, which eventually triggered the Cyprus crisis, were nothing but a gamble for resurrection, an attempt to replace income from reckless lending that went sour.

Had Cyprus learnt its lesson a lot earlier, as it should, the kleptocrats would have lost power some time ago.

And we probably would have already reached a peaceful settlement of the Cyprus problem when Mustafa Akinci was in power.

I am, however, optimistic that Cyprus will finally learn the right lessons from the golden passport scheme.

History teaches us that although kleptocracies may survive a few years, they sooner or later come down, usually with a big bang.

Panicos Demetriades is Emeritus Professor of Economics, University of Leicester, Fellow of the Academy of Social Sciences of the United Kingdom. ECB Governing Council Member and Governor of the Central Bank of Cyprus from May 2012 to April 2014.