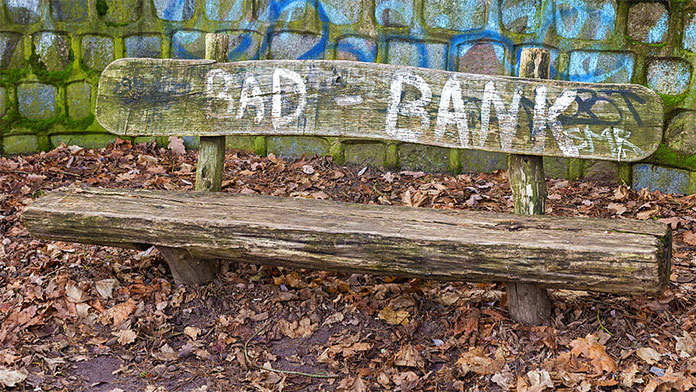 After some delay, Cyprus has started the process of transforming the Cyprus Asset Management Company (KEDIPES) into a national asset management company, also known as a bad bank.

As a national asset management company, the bad bank will help the banking system rid itself of non-performing loans (NPLs), which currently amount to some €5.5 billion.

KEDIPES was set up in 2018 as the residual entity of the former state-owned Cyprus Cooperative Bank (CCB) whose performing part was sold to Hellenic Bank, assisted by €3.5 billion in state aid. KEDIPES is mandated repay the state aid by winding down the CCB’s non-performing loans.

KEDIPES assets as at 31 March 2021 amounted to €7.49 billion in nominal value, including cash of €188 million, immovable property amounting to €619 million and performing loans of €628 with NPLs estimated at €6 billion. Since September 2018, KEDIPES has paid the state €400 million and is in the process of providing the state with properties amounting to €140 million.

According to information from StockWatch, KEDIPES has pre-selected six potential investors, including domestic financial institutions and investment companies all of which have a physical presence in Cyprus and an advisor of the Ministry of Finance is expected to be appointed to manage the whole process by the end of August. (The names of the investors have not been revealed due to confidentiality agreements.)

What is a bad bank?

A bad bank or asset management company is a bank that is set up to purchase bad loans from financial institutions with non-performing assets. By selling its bad assets, the financial institution clears its balance sheet of non-performing loans (toxic debts) and enables it to focus on its core business of lending. The bad bank focuses its attention on maximizing the return from the high-risk assets it has purchased.

Whether Ireland’s NAMA has been a success is still up for debate. However, in July 2020 it delivered €2 billion to the Exchequer, which represented half its anticipated surplus of €4 billion. The expected balance of an additional €2 billion will be paid over the next two years. The total contribution of NAMA to the Exchequer over its lifetime, including taxes, is expected to be €4.4 billion.

The Government bonds which were used to establish NAMA have already been repaid.