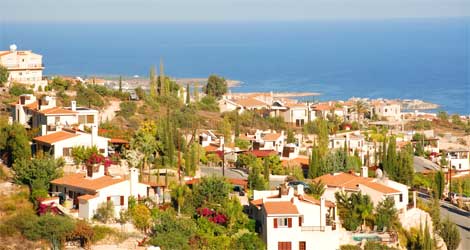 However, on an annual basis, the housing price index recorded a fall of 8.2% in the fourth quarter compared with a fall of 8.9% in the third quarter indicating that the fall in prices may be slowing.

The largest quarterly decline in prices was recorded in Famagusta (-2.6%), followed by Nicosia (-2.1%) and Limassol (-2%); while prices in Larnaca and Paphos fell by 1% and 0.6% respectively.

According to the Central Bank, residential property prices are now at levels last seen in 2006, two years before the bubble burst.

(Property prices in Spain, where their property bubble also burst, are currently at levels last seen in 2003 according to data from the European Central Bank.)