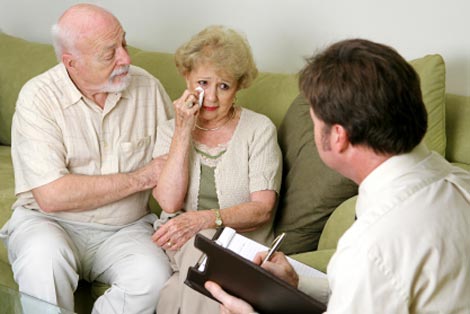 A BRITISH woman yesterday recounted how an 11-year pursuit of justice, which won her and her husband a landmark Supreme Court ruling had ultimately cost the couple their marriage and his health.

The Supreme Court’s decision last week to award the couple Muriel Beaumont, 73, and Clifford Sims, 78, around €120,000 as a result of their lawyer’s negligence in a property case marked a first in Cyprus.

And although they are thrilled with the outcome, there has been a heavy personal cost.

On hearing the judgement, neither Beaumont nor Sims could believe that justice had been served. “We couldn’t believe it. We both said it was wonderful but we were so surprised,” said Beaumont from Kinousa village in Paphos.

“In the back of our minds we thought we would lose. When we won it just overcame us. It was very emotional,” she added.

The legal victory came at a cost. Their search for the “dream home” and the stress it caused led to a split in 2002, after 20 years together. Despite the break-up, the two agreed to continue their search for justice.

According to Beaumont, the property dispute also took its toll on Sims’ health, who heard about the victory from a hospital in England, where he underwent a triple bypass.

“We wanted a place to retire, it was supposed to be our dream house. We loved the country and the people, we still do, but unfortunately we got caught in this trap,” she said.

The couple, both from Gloucestershire, sued their Paphos lawyer Nicos Papacleovoulou for negligently handling a property contract in 1999, which led to them losing a significant amount of money while never getting the property.

The lawyer had failed to inform the couple that the property had been twice mortgaged and had a charge registered against it. The developer who signed the contract subsequently went bankrupt and never finished the house.

Sims had been stationed in Cyprus in 1951 as part of his national military service. In 1999, he brought Beaumont here to retire and find their “dream home” in Kinousa. Eleven years on, the Supreme Court overturned the Paphos district court’s first instance ruling, finding the defendant lawyer negligent. The Court ordered the lawyer to pay full compensation to the couple for money lost as a result.

Beaumont told the Cyprus Mail that once the couple realised they were not going to get the house, disillusioned and near separation, they began the arduous task of getting back the money invested.

“We tried quite a few lawyers in Paphos. We got nowhere. They read the contract and said they couldn’t help us, that they had no advice to give. We were very exasperated,” she said.

Eventually, a Nicosia consultant recommended the father and son law firm, Antonis and Nicholas Georghiades, in the capital. The son, Nicholas, a junior lawyer who’d only recently completed his bar exam, agreed to take the case on in 2002.

“I investigated the possibility of going after the developer, which proved impossible due to his financial status so I decided after a lot of thought they should sue the lawyer, that was their only choice,” said Georghiades.

The young lawyer warned the couple that their chances were not high. “There was no previous case law. I had to rely on English authorities that might not necessarily be adopted. In England, the law society has special rules on conveyancing practice. There’s no such thing in Cyprus,” he added.

The case was filed in 2003 in a Paphos court, and lost in 2007. “When we lost, we were disappointed but not surprised. Being foreigners here, we thought we hadn’t been treated as fairly as we should have done. We were determined to see it through,” said Beaumont.

In April 2007, an appeal was filed, leading to last week’s key ruling in the Supreme Court. “To be honest, I didn’t expect the judgement. I was hoping but I tried not to persuade myself too much. It was quite outstanding as it set a very good precedent, fully explaining a lawyer’s duties. It was easily the best case scenario for us,” he said.

Georghiades acknowledged the judgement would send alarm bells among colleagues who have been following unsafe practices, though he did not expect many more such cases due to the small size of the legal community. He called on the Bar Association to consider special proceedings where it can order its members to pay compensation, rather than just launch disciplinary proceedings.

Asked if she had any advice for future property buyers, Beaumont said: “If you want to live here, come and rent for at least two years first. Do your research thoroughly.”

And for those who are already in muddy waters, would she recommend the lengthy legal route?

“If they feel they can cope with it, yes. This decision shows there is light at the end of the tunnel. If they don’t do anything then things are not going to get any better.

“It has to be a personal choice in the end. It’s not easy standing up in court giving evidence, as I did.”

The Supreme Court ruling in favour of the couple against the lawyer was not the only first.

It was also the first time that a lawyer had agreed to represent clients wishing to sue another lawyer. And perhaps most importantly, in their ruling, the top judges laid out the duties and obligations of a lawyer vis-a-vis their clients for the first time, providing a solid reference for any future case against negligent lawyers, particularly regarding Title Deeds.