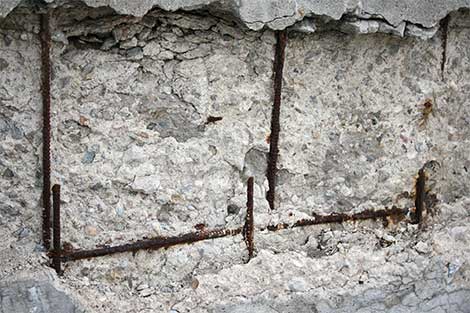 IT SEEMS there is no end to the stupidity and duplicity that goes on when it comes to ripping off the public – in this case home buyers.

A year after the government allowed concrete manufacturers to alter the standards of their product, the technical chamber ETEK said on Monday the result has been to lower the quality and durability of today’s buildings.

According to ETEK, under the previous standard it would take 30 to 40 years for a building to need repairs, whereas with the new one, repairs should be expected a lot sooner. The chamber called last year’s decision ‘a step backwards’.

Not only was it ‘blatantly outside scientific frameworks’ but it was ‘dangerous’. ETEK says it knows no other country with a hot climate that allows production to the standard in question – all in the name of avoiding extra costs.

If it is really true what ETEK is saying, these statements should set off alarm bells. Not only will people need to pump more money into their homes a lot sooner, but last time we looked, we still lived in an earthquake-prone region.

Commerce Minister Neoclis Sylikiotis, who was meeting ETEK on Monday, said afterwards the government would re-examine the alterations made to the concrete standard.

This will involve a study into the quality of concrete in Cyprus, and a second one into international scientific research on concrete standards. This is the typical response of a government minister after the ship has sailed. After that no doubt there will be a committee appointed and discussions will open with the ‘interested parties’, and all the while the same substandard concrete – by ETEK’s reckoning – will continue to be used. Do we need an apartment block to fall, killing a dozen people for the seriousness of the implications to be realised?

How many buildings have been constructed using this unacceptable standard in the past year, and many more will be constructed before the year-long study is complete, and probably even more before the decision is reversed – if it’s reversed.

Why were the experts not consulted beforehand? It will cost more in time and money to examine and reverse a decision that didn’t have to be taken in the first place. In any case haven’t the experts (ETEK) just told the minister that the concrete being used is ‘dangerous’ and ‘blatantly outside of scientific frameworks’? That is their job after all.

The construction sector is in enough trouble between the recession and the title deeds issue. Well done to everyone involved for adding another nail to its coffin.