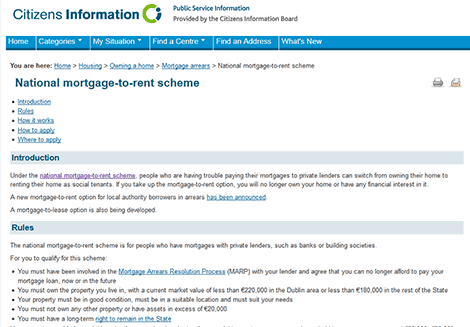 THE Cyprus Land Development Corporation (CLDC) has been instructed by the government to study the Irish mortgage-to-rent scheme, the House Finance committee was told on Tuesday.

The committee convened to discuss the budgets of semi-government organisations, including the Cyprus Broadcasting Corporation (CyBC), the Cyprus Theatre Organisation (THOC) and the State Fairs Authority.

With regard to the CLDC’s budget, Votsis pointed out that out of 240 available properties (flats or houses) all but 70 had been sold, and stressed the fact that defaulting debtors who bought CLDC properties add up to only six to seven per cent of a total of 1,700 properties sold.

“The corporation is trying to find solutions for debtors who are facing problems with their loan repayments,” he said. “It seems that the issue is heading in the right direction.”

According to Votsis, the CLDC has been instructed by the government to study the Irish model and prepare recommendations on the ‘mortgage-to-rent’ scheme, as discussed in the President’s meeting with the National Council for the Economy on Tuesday.

At the same time, he said, the potential for transforming this semi-governmental organisation into an organisation that would manage state property was being examined.

Asked to clarify whether the CLDC’s transformation was in any way connected to the President’s strategy to prevent foreclosures, Votsis said that in the Finance committee’s view an effort is being made to avert repossessions through studying various options.

With regard to the CyBC’s budget, the committee’s acting chairman noted brutal budget slashes and a significant reduction in the level of state aid to the broadcaster.

“From what the committee was told during the session, it is worth noting that while there appears to be no intention to reduce personnel – though this cannot be said for certain – the effort is for the CyBC to the perform the role that the law has entrusted it with,” he said.

Votsis expressed the hope that the broadcaster’s new board can strike a balance through which it can perform the duties of public broadcasting in the best and most cost-effective way.

Meanwhile, Votsis said the Privatisations Unit will be managing the State Fairs Authority’s assets as it is being wound down.