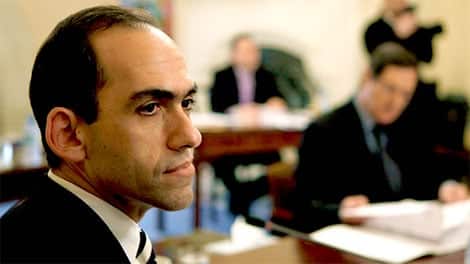 THE BANKS needs to have the necessary tools to pressure non-cooperative and viable borrowers to service their loans, Minister of Finance Harris Georgiades said on Thursday, noting however that the average borrower and house owner who faces financial problems should not be the primary target.

Cyprus received a €10 billion bailout from the EU and the IMF in March 2013 which prevented the meltdown of its financial system and covered the island’s financing needs. However the haircut of deposits over €100,000 to recapitalise the island’s largest bank, while Cyprus’ second largest lender has been wound down. One year after the bailout the main problem in the banking system is non-performing loans with the island’s lender noting that debt restructuring is a key element for the success of the adjustment programme.

Banks, as well as the international lenders say that the Cyprus insolvency framework should be reformed to assist the banks to pressure borrowers and to avert strategic defaults.

“We do indeed have to give the necessary tools to the banks to be able to move against non-cooperative or valuable borrowers,” Georgiades said, speaking in a conference organised by PWC titled “building trust, the next steps.”

He added that “it should be equally clear that an average borrower a home owner who is facing difficulties, is currently unemployed, or has seen family incomes go down should not and will not be the primary target for this enhanced capability and that will be established through insolvency framework.”

The Minister pointed out however that the problems concerning rising non-performing loans will not go away simply because we will have a new more thorough insolvency framework.

“The banks need to do their best”, he said.

Insolvency framework reform is one of the conditions included in the adjustment programme and is expected to be implemented by the year-end.

Furthermore, speaking to the conference, Demetra Kalogerou, Chairwoman of the Cyprus Securities and Exchange Commission said that lack of robust supervision impedes confidence in the markets.

“Without a robust supervision there will be no confidence,” she said, adding “we are trying to build confidence through enhanced supervision.”