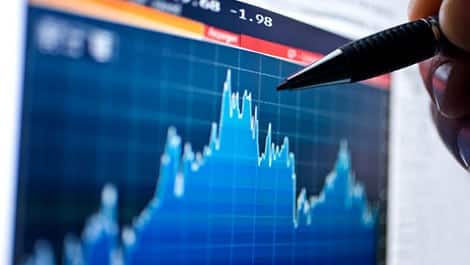 LESS than ten years after the bursting of the Cypriot property market bubble, the sector has entered a tentative recovery phase. The exception is Limassol, where it is already booming with prices and rents driven upwards at a fast rate which experts expect to continue in the foreseeable future.

“The number of students and workers rose in Limassol partly as a result of the relocation of companies with their staff,” said Pericles Markaris, a Limassol-based property valuer in a telephone interview on Thursday. “There are a lot more forex firms, shipping, investment, law, accounting and business services companies now in the town. Demand for housing has increased while supply failed to cope over the past crisis years”.

As many cannot afford to purchase a new home, they resort to renting one which in turn drives rent prices upwards, Markaris said.

Prices both in Cyprus and Limassol entered a downward trend after the global financial crisis triggered by the collapse of the Lehman Brothers nine years ago and reached their lowest point in 2015, the year Cyprus exited a prolonged recession and two years after the culmination of the fiscal and banking crisis. Available data however show that the recovery of the real estate market was uneven.

“After ten years of recession or economic slowdown, when prices stopped rising, we reached a turning point in demographics and financial cycle and it is in the nature of the property market to recover,” Markaris said.

According to the Cyprus branch of the Royal Institute of Chartered Surveyors (RICS), rents for flats and houses in Limassol rose in the second quarter of 2017 an annual 26 per cent and 22 per respectively, against an island-wide increase of 8.3 and 10 per cent, also respectively.

Also, prices for both apartments and houses rose in Limassol more than 10 per cent in April to June compared with the respective quarter of 2016. By comparison, flats became in Cyprus on average 6.2 per cent less affordable while house prices rose 4.7 per cent, according to RICS.

The latest available data on demographics alone do not explain the sudden property market boom in Limassol. While the port town’s population declined in 2013 and 2014 0.9 per cent and 1.3 per cent respectively, the rate was in both cases comparable to that of the overall decrease of the population in Cyprus. In 2015, when the population started to recover, the increase was also again comparable, 0.2 per cent in both cases, according to the latest available Cystat figures.

“A large number of companies has arrived bringing also its workers who are in no case low earners and receive a monthly salary of €2,000 or €3,000,” said Christos Panagi, co-owner of Pandomus, a Limassol-based development company. “They are looking for modern, high quality apartments and are willing to pay €800 or more for a two-bed room flat”.

“Some of these companies provisionally accommodate their staff at hotel apartments, and when we notify real estate agents about a vacant home, a war breaks out,” Panagi continued. “We notify ten agents and each of them has ten customers. The first to respond agrees to all your terms”.

Demetris Nicolaou, a co-owner and manager of the Limassol-based D. Nicolaou & Sons group, which operates in the area of real estate management and construction material trade, said that as a result of Cyprus’ financial crisis, construction companies drastically reduced their output, partly on a decrease in overall demand and partly on difficulties in securing financing to construct new housing.

“What was constructed over the past years in Limassol aimed at satisfying demand for the market segment of investors interested in getting a visa or a passport,” Nicolaou said.

Currently, “demand is there but finding a plot to build and financing is another question,” he said. On the other hand, he continued, part of the existing demand in Limassol may be covered with properties acquired by banks as part of foreclosure or loan restructuring procedures.

Property valuer Markaris said that, while the unpopular new foreclosure framework put in place as part of Cyprus’ economic adjustment programme three years ago to help banks speed up loan recoveries has failed to produce the expected results, in Limassol things may be different. “It hasn’t affected the real estate market yet,” he said. “The public’s interest was limited. Yet in Limassol, we see a large share of auctions in debt-to-asset swaps”.

Developer Panagi said that while investors who purchased real estate to get a passport will be eligible to liquidate their investment, including real estate, after keeping in in their possession for a minimum three-year period, this will hardly lead to a correction of the market in Limassol, as their interest focused on Limassol’s coast line stretching from the old port to the eastern suburbs. “This will lead to a price correction at the coast where we are not talking about apartment rents of €800 a month but €1,500,” he said.

Markaris said that while property prices are on the rise, and the economy is faring its third year of consecutive growth, expected to exceed 3.5 per cent this year, incomes have not risen to cope with the increase in rents and property prices.

For the situation to change, new projects, affordable to the average earner, have to be completed in the centre of Limassol and in areas close to it but away from the coast, where new properties are offered at a premium, developer Panagi said.

While the increase in prices and rents is offering new opportunities that investors will seek to exploit, it remains uncertain when this will lead to a correction on the market in Limassol, which recently attracted the hydrocarbon companies evicted from Larnaca, had its port’s operations privatised and is preparing for the construction and operation of a casino, a development which is expected to generate 4,000 new jobs.

“There is no doubt that there will be a correction, since the market cannot continue like this for a long time,” said Markaris. “But unlike the stock exchange, the real estate market is slower in its reactions and corrections. The new situation has prompted entrepreneurs to plan new projects which will take up to three years to be completed”.

“But caution is needed so that we won’t have similar problems then,” he said.