Hotel projects grow as Airbnb is to be regulated 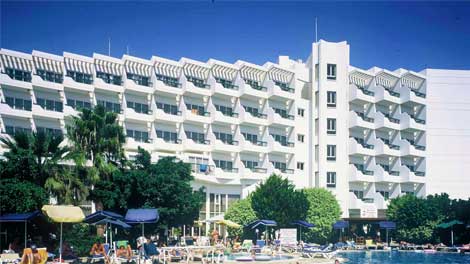 ACCORDING to data released by the Cyprus Statistical Service, hotels are at the heart of the progress the building sector is witnessing.

New hotels, refurbishments and expansion projects have multiplied by eight times in the first seven months of the year, compared to the same period in 2017.

From January to July, hotel projects corresponding to 83,000 sqm. were licensed, compared to just 10,000 sqm. of projects licensed last year.

The 730% increase also accounts for one third of the licenses for new building projects.

Expected investments in the hotel industry include the construction of new hotel units island-wide while existing hotels are increasing their bed capacity.

Investments are encouraged by the increase in the number of tourists arriving in Cyprus, despite hotelier complaints about the erosion of their customer base by electronic booking platforms for apartments and villas.

Last year, a record 3.6 million tourists arrived in Cyprus and more are expected in 2018.

Private self-service tourist accommodation units rented out through web-based platforms such as Airbnb are soon to be regulated by law as EDEK MP Elias Myrianthous told the Financial Mirror.

These units, including flats, are to be included in the law regulating tourist units with the creation of an official register.

Myrianthous said MPs are currently looking to amend a bill submitted by himself and DISY leader Averof Neophytou, prior to the summer break.

The initial bill envisaged the inclusion of the self-service tourist accommodation becoming eligible to receive an operating license but left out Airbnb apartments in residential areas.

The House Commerce Committee now proposes that these flats are included on the pre-condition that the rest of the tenants of the building consent to a specific flat being used as tourist accommodation.

Myrianthous said a flat owner wishing to rent out his apartment through an electronic platform, will have to acquire written permission from the building’s management committee before being included in the registry.

“Otherwise the flat owner will be acting against the law and will face consequences,” he said.

The development is welcomed by the island’s hoteliers as they have campaigned for the Airbnb market to be regulated.

Chrisemily Psilogeni, General Manager of the Association of Cyprus Tourist Enterprises, in previous comments to the Financial Mirror said that accommodation units which are promoted through web-based platforms, operate without a license or carrying out necessary safety and hygiene checks.

“We are not opposed to modern trends, but we want to protect the hundreds of businesses that have been working for decades under adverse conditions, trying to maintain a high standard of tourist services provided,” she said.

Small increase in the construction of new homes

Foreclosure warning letters on the rise