This building boom also led to an even higher increase in the number of new dwellings that lay vacant.

Even allowing for the fact that some dwellings were built to be used as holiday homes (these are itemised separately in the figures from vacant dwellings), one has to wonder why so much investment was poured into dud real estate.

One thing it tells us is that developers and their creditors must be eternal optimists.

The relationship between dwelling permits and dwellings constructed shows that new dwellings normally take around a year to construct.

The year 2010 was when Cyprus climbed out of recession and we all thought that the crisis was behind us. 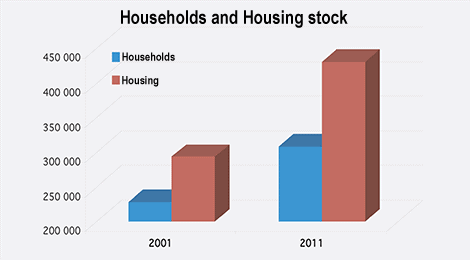 So although new dwellings authorised actually dropped in 2010, it looks like developers took the mild upswing as an encouragement to build more, resulting in a higher number of new vacant dwellings in 2011.

Unfortunately all this has done is to have left us with a big overhang of housing stock.

With Europe in the doldrums, these dwellings are likely to remain empty, and getting crumblier and uglier by the day, for the foreseeable future.

So maybe next time developers and bankers get excited about a real estate upswing, someone should tell them to call an economist.