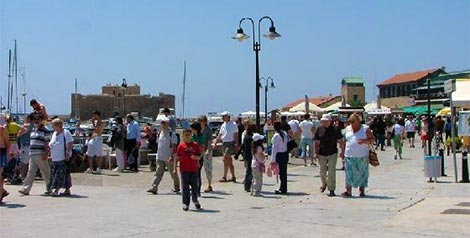 AFTER the turmoil of the banking crisis in March and fears about foreigners flocking from the island, those in the industry in Paphos say more have arrived in the last few months than have left.

Owner of Peter Morton Removals – PMR – which has been operating in Cyprus for more than eight years – says the last eight months in particular, have seen a massive increase in the number of expats moving to the island.

“Previously our ratio of people of all nationalities leaving Cyprus to those coming here to live was about 80/20. This year, this figure has now changed to about 50/50 and most of them are British,” he said.

Natalie Alexiou of Alexiou Real Estate agreed. She said an increasing number of British clients have approached her in recent weeks, with the intention of renting property in Paphos.

“Most of them are looking for short term rentals though. I presume this is to see if they like living here. Most are requesting three or six month contracts.”

However, Alexiou said she believes it will be some considerable amount of time before the British purchase real estate in Cyprus and show trust the banking system again. “People are being very cautious”.

And their sentiments were reflected by a third company – rental specialists 123-asap, which said a steady flow of Brits are still moving to Paphos.

“We have all sorts of people looking for homes. They have moved here from the UK and are interested various types of properties, from the villages to the Tomb of the Kings road,” a spokesman said.

“They haven’t been put off by the banking crisis at all,” she said.

Morton says that recent weeks have become so busy for their team two new members of staff are being employed to help with the work load.

Although many Brits are aware of friends or acquaintances leaving the island, he says they are probably unaware of the vast numbers moving here.

“The problem is, people only know about their friends who are leaving, obviously they don’t know about the hundreds arriving from the UK.”

According to Morton, most of the people arriving from Britain are either retirees or those with money.

“It’s very hard for young families to earn enough money here to support themselves and their kids. We are seeing more middle aged and older people coming to live here. We thought people would be put off by the banking crisis but that hasn’t been the case. Maybe they were already committed to leaving and some are leaving their cash in the UK to draw out whenever they want.”

As the property market is moving in Britain again, Morton believes more Brits have the ready cash to move to Cyprus.

He said UK families and individuals relocating to Cyprus are choosing areas all over the island, but the favourite destination remains Paphos, with many choosing to live in Peyia.

One such couple is Carole Rainford, 70, and her husband David, 60. They moved to Paphos from near Bath in the UK on April 1, undeterred by the banking crisis which shook the island just a couple of weeks before.

“The problems being encountered in Cyprus didn’t put us off moving here, we love it and haven’t regretted our decision at all,” Carole said.

“We decided to move here for a number of reasons; our daughter lives here, we love the island, the weather and the taxation is much better here than in the UK.”

However, the couple decided not to transfer a substantial amount of money to Cyprus, instead leaving deposits in the UK. They also elected to rent a property and not buy one.

“We would seriously consider moving more funds to Cyprus when the financial situation here becomes more stable,” she said.

“A number of our friends in the UK are also seriously considering moving to Cyprus,” she added.