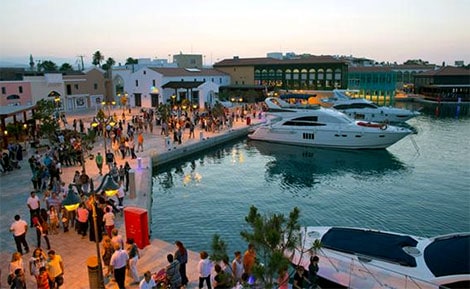 WHILE four of the five big marina projects in Cyprus have been stalled by legal battles and bureaucracy, the Limassol marina was officially opened yesterday.

During his address, President Anastasiades said that the new state-of-the-art project would place Cyprus on the map, especially for tourism, and that the marina would employ 800 people directly and indirectly and contribute millions to the state and the economy.

The Limassol Marina is considered to be among the most important and luxurious marinas in the wider Mediterranean region and the Middle East. It has been described as the “Monte Carlo of Cyprus” and is comparable to Marina Grande in Capri and the Dubai Marina.

According to the French architect, Xavier Bohl, the marina plan was based on the Marina of Monte Carlo in Monaco model and Port Grimaud in St Tropez.

The marina has a berthing capacity of 650 for vessels ranging from 8 to 115 metres in length along with 74 villas and 162 apartments, together with parking for 750 vehicles.

A yacht club, shopping facilities, spa and fitness facilities are expected to open during the course of this month and next.

Estimated to have cost around €300 million, the marina, is being managed under a BOT (Build-Operate-Transfer) agreement. Limassol Marina Ltd (LML), the joint venture company which owns the project, will manage the marina for 53 years and will retain profit rights for a further 37 years.

The new marina welcomed its first residents last year and its facilities are now open to both residents and tourists.