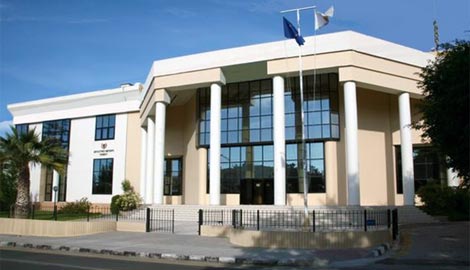 The defendants are on trial relating to a suspicious land-zoning deal, regarding the demarcation of 177 land plots in Skali, Paphos.

Police claim that the plans for which the demarcation permits were issued were switched with new plans, which seemed to cede approximately 4,000sqm. previously designated as green space, back to Aristo.

Aristodemou’s defence lawyer Giorgos Papaioannou challenged Philippides to recreate a report submitted by Androulla Efthymiou – a municipal civil engineer – based on which the municipal council filed a report against Aristo to the police.

Philippides responded that he lacked the training and knowledge to adequately recreate the report but added that by just reading it, it was evident there was a large discrepancy between what was originally agreed with the company and the plans filed.

Papaioannou kept pursuing a line of defence he had established at the previous hearing; that since the land registry hadn’t issue a final approval certificate for the project, then the company essentially did not commit a crime. Papaioannou had claimed that the discrepancy found in the new plans was a mistake that would be picked up and rectified by the local land registry.

Police investigator Andreas Tsekouras – a prosecution witness who testified in a previous hearing – had said that the existence of the altered plans was proof enough that the company intended to deceive authorities.

Papaioannou also argued that Aristo suffered a substantial financial blow, having been forced to let go 50 employees while putting all other projects on hold because police are in possession of all the company’s files.

Papaioannou wondered why the case was reported to the police without the municipality first contacting the company for clarification.

Philippides rejected the notion that the municipality didn’t comprehend the report filed by Efthymiou, adding that both former mayor Savvas Vergas and the company’s lawyer Andreas Demetriades were notified before police investigators requested all the municipality’s files.

Vergas is currently on trial on a separate case. The former mayor is charged with corruption after he supposedly pocketed millions in kickbacks to award contracts on the town’s sewerage project to selected contractors.

Savva’s defence lawyer, Elias Stefanou, questioned Fillipides on the nature of the relationship between Androulla Efthymiou and his client

Philippides admitted that the two did not get along and that Savva had questioned Efthymiou’s professional adequacy on a number of occasions.

The trial will resume on Thursday.

Theodoros and Roula Aristodemou, as well as Solomonides, are facing 32 charges each, while Savva is facing four additional counts in his capacity as a public official.

They are facing charges of forgery, conspiracy to defraud, abuse of power, and legalising money obtained from illicit actions.