Cyprus property sales surge in May 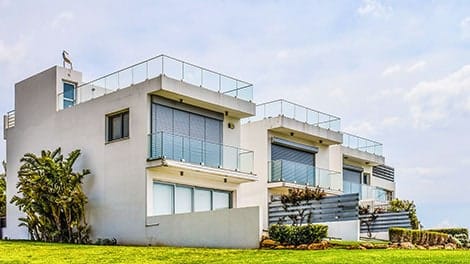 MAY saw another surge in the number of Cyprus property sales during May compared to the corresponding month last year, with the number of contracts deposited at Land Registry offices up 72% according to official figures published by the Department of Lands and Surveys.

A last-minute rush by foreign nationals to acquire Cypriot passports before tougher criteria come into force on 15 May could have helped to boost sales. (Further details of the revised scheme may be found at Cyprus Investment Programme.)

Property sales rose in all districts with Paphos leading the way where sales more than doubled. Meanwhile, sales in Limassol rose by 94%, sales in Larnaca rose by 53% and sales in Nicosia (the capital) and Famagusta rose 39% and 10% respectively.

During the first five months of 2019, the number of sales increased by 34% to reach 4846 compared to 828 in the corresponding period of last year. In percentage terms, sales in Paphos rose 41%, sales in Nicosia rose 36%, sales in Limassol rose 34% and sales in Larnaca and Famagusta rose 28% and 21% respectively.

During the first five months of 2019, domestic sales rose by 48% compared with the same period last year.

However, some of these domestic sales may have resulted from properties acquired by banks as part of loan restructuring agreements, etc.

Although sales in Famagusta fell by 7%, they rose in the remaining four districts. Sales in Nicosia rose 150%, sales in Limassol rose 92%, while sales in Larnaca and Paphos rose by 55% and 45% respectively.

During the first five months of 2019, sales to the overseas rose by 20% compared with the same period last year.

Property sales to EU nationals rose 17% in May compared with the same month last year.

With the exception of Famagusta and Paphos, where sales to EU nationals fell by 47% and 1% respectively, they rose in all the other districts.

During the first five months of 2019 sales to EU nationals have risen 17% compared to the first quarter of 2018.

Property sales to non-EU nationals rose 79% in May compared with the same month last year, with sales rising in all districts.

Sales in Nicosia rose 150% followed by Limassol, where sales rose 101%. Meanwhile sales in Paphos, Larnaca and Famagusta rose 82%, 43% and 23% respectively.

During the first five months of 2019 sales to non-EU nationals have risen 21% compared to the same period last year.

Analysis of Cyprus property sales since 2000