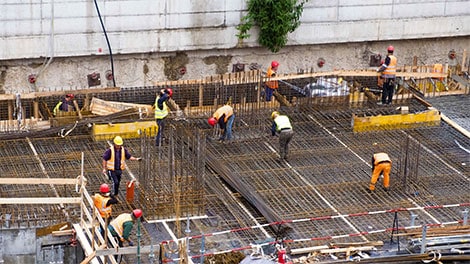 WITHIN two years, the government hopes to have fully rolled out changes that would simplify the process for planning and construction permits in a bid to cut waiting times and delays that cost millions.

“We believe that this scheme affords, for the first time, a holistic and not piecemeal way to tackle the licensing problems,” Interior Minister Constantinos Petrides said.

Currently, there are 10 planning and 36 building authorities, something which the government plans to get rid of with the overhaul of local administration. There are many departments involved in the process and there is no rational way of handling applications depending on the development.

The system causes excessive delays while checks and law enforcement are not satisfactory. Petrides said the current regime encourages abuse of discretionary powers and corruption.

There were also a large number of illegal buildings, investments were lost, and there were problems in issuing title deeds.

Delays in issuing permits cost some €40m annually and inadequate checks allow for shoddy work, which represents 10 per cent of the construction cost.

The new policy is expected to be fully rolled out by 2022, provided that 18 other actions take place, including amendments to the law and ministerial orders.