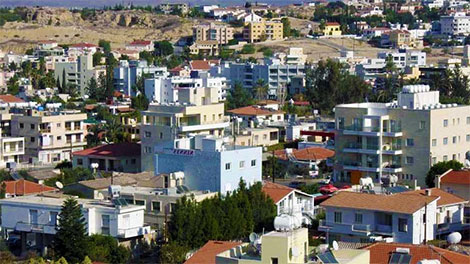 THE NUMBER of property sales during November rose 39 per cent compared to November 2016 according to official statistics published by the Department of Lands and Surveys earlier today.

During November a total of 906 contracts for the sale of residential and commercial properties and land (building plots and fields) were deposited at Land Registry offices across Cyprus, compared with the 651 deposited in November 2016.

Sales rose in all districts. In percentage terms Famagusta led the way with sales up by 174% and sales in Nicosia (the capital) up by 98%. Meanwhile sales in Larnaca, Limassol and Paphos rose by 32%, 29% and 16% respectively.

During January to November the number of contracts for the sale of property deposited at Land Registry offices has risen 21% to 7,197 compared to the same period last year.

Although sales in Larnaca have fallen by 4%, they have improved in the other districts.

Sales in Famagusta are up 32%, sales in Nicosia are up 31% and sales in Limassol and Paphos are up 28% and 26% respectively.

Property sales have been encouraged by the reduction in Property Transfer Fees, the abolition of Immovable Property Tax. Non-EU citizens wishing to obtain residency or a Cypriot passport are taking advantage of two government schemes.

(The figures above include ‘non-sale’ agreements such as loan restructurings, recoveries and debt-to-asset swaps agreed between the banks and defaulting borrowers.)