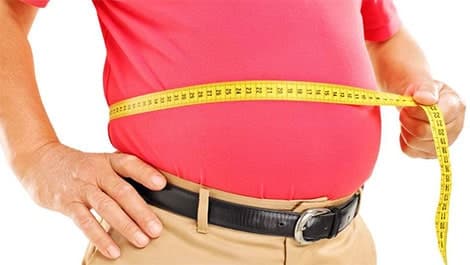 THE CYPRUS Finance Ministry outlined a three-pillar strategy aiming to swiftly reduce the level of non-performing loans by 40% in 2018 or €8.2 billion, compared with 2017.

According to the Stability Programme for 2018-2021 issued yesterday, the plan provides for a series of reforms in legal framework governing NPL management, the sale of the Cyprus Cooperative Bank and the implementation of a scheme called “ESTIA” to use public money to help households repay mortgage loans secured by primary residences.

By end 2017, total NPLs in the Cypriot banking sector amounted to 20.6 billion or 44% of total loans, the second highest percentage in the EU following Greece.

“The Government has set as a priority to effectively and swiftly tackle the most challenging issue facing the financial sector and the broader economy,” the Finance Ministry notes, adding “to this end a comprehensive strategy has been designed in order to successfully resolve, during the course of 2018, the final hurdle to full normalization of the economy that of non-performing facilities (NPFs) burdening the banking sector.”

The first pillar involves a series of reforms in the legal framework governing the NPL management, including the introduction of electronic auctions of foreclosed property, the improvement of the foreclosure framework “to act as a credible thread especially to strategic defaulters,” and the completion of a secondary NPL market.

According to the document, published by the Finance Ministry, the second pillar of the Government’s strategy addresses the most challenging segment among NPFs in the entire system, that of mortgage non-performing loans and non-performing loans collateralized with the primary residence of the borrower.

According to the FinMin, “it is envisaged that for the participation in the scheme, eligible portfolio will be NPFs that have been classified as such in 2017 while borrowers should meet specific pre-defined income and asset criteria in order to exclude free riders or strategic defaulters exploiting the government’s support, thus ensuring fairness and limiting moral hazard.”

The third pillar, concerns the privatisation process of the state-owned Cyprus Cooperative Bank launched in March this year. The CCB faces mounting NPLs amounting close to 60% and a provisioning gap due to capital requirements by the ECB.

“In order to meet supervising requirements, a process has been initiated which includes selling the whole or part of assets and liabilities of the CCB,” the Finance Ministry said.

Sources say that the most likely scenario favoured by the ECB is the sale of the performing part of the bank along with part of its branch network. In case this scenario is materialised, the CCB’s NPLs totalling €6.2 billion in end-2017 will be transferred to a state-owned Asset Management Company leading to the reduction of the total NPLs in the system by 30%.

“The above strategy aims at successfully and swiftly addressing the last remaining challenge of the banking sector in the course of 2018 with the objective of reducing the NPLs of the sector significantly, as much as 40%”, the Finance Ministry said.

It added that the strategy’s annual impact is estimated at 0.3 to 0.4% of GDP.