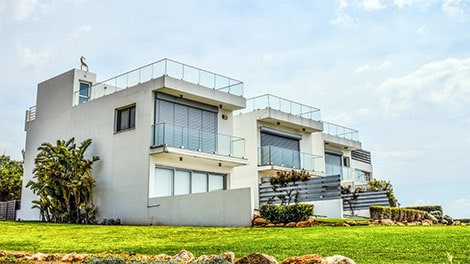 HOUSE Commerce Committee MPs yesterday heard that in restructuring cases before banks valuations on a property that is to be included in the deal are on the low side. Absent from the debate due to illness was Financial Commissioner Pavlos Ioannou who will give his own account in due course.

Athos Tofarides who was representing the property valuers’ association dismissed the allegations, saying that valuations are precise, carried out by professionals. He also said that it all depends on what the banks will ask for, that is, whether valuations are debt-to-equity or loan-based.

“The property price index of the Central Bank of Cyprus shows that there has been an upward trend in the last two years, after all,” he added.

However, the deputy head of the island’s developers’ association, Yiannis Misirlis, said the Central Bank index is based entirely on banks’ valuations and may not give a clear picture of the market.

The Cyprus Scientific and Technical Chamber (????) also defended the appraisers with their representative saying “we do not like to have acts of misdemeanour carried out by our members.”

As for Costas Melas who is the chairman of a borrowers’ protection group (Syprodat), he said banks are not interested in saving small to medium-sized businesses and are actually blackmailing them with foreclosures. But representative of the Association of Cyprus Banks Marios Nicolaou’s response was that “banks, themselves, wish for the viability and profitability of small to medium-sized businesses because these are the source of their main turnover.”

In a statement after the debate, Committee Chairman Andreas Kyprianou said this is a very serious issue and noted that all MPs want is for prices given in valuations to be fair and objective.

The Cyprus Real Estate Registration Council revealed on Monday that on average three to nine cases of malpractice within the sector are reported daily...

March 2021 saw a surge in the planned number of new homes to be built in Cyprus according to the building permit statistics published...
Facebook
Linkedin
RSS
Twitter
Youtube