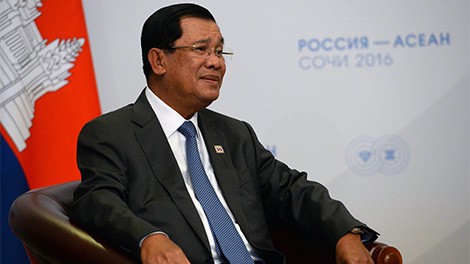 CAMBODIA’S ruling elite are patriots who would never hide money abroad, says the country’s leader, Hun Sen. But a Reuters investigation shows that Hun Sen’s family and officials have overseas assets worth tens of millions of dollars, and some have bought themselves European citizenship in Cyprus.

The full exposé, by Clare Balkwin and Andrew RC Marshall may be viewed in its entirety at Reuters Investigates Khmer Riche.

What follows are extracts from the exposé that focus on Cyprus:

Reuters investigative journalists found that between January 2013 and August 2018, a family run law firm in Paphos processed 137 “citizenship by investment” applications worth hundreds of millions of euros to Cyprus.

This is according to a document from Cyprus’s interior ministry, which was shared with the country’s parliament and seen by Reuters. The company that has processed the most applications is the giant accounting firm, PricewaterhouseCoopers; it handled 184 applications during that period with what PwC Cyprus calls “robust client screening and acceptance processes.”

A senior partner from the law firm, which handled the second largest number of applications, said the firm had processed “hundreds” of applications, but declined to confirm the interior ministry’s tally of 137 or talk about specific clients. Reuters reporting shows that the firm handled the applications of the Cambodian finance minister, Aun; the leading business couple, Choeung and Lau; and their family members.

He said that most of his clients were “savvy investors” who wanted a Cypriot passport that gave them the freedoms of a European national. For some, the passport was also “an insurance policy.”

“Let’s admit it,” he said. “There are countries which have political instability – where people feel that their families and their business interests are in jeopardy. So it’s good for them to have something to fall back on should the worst happen.”

He went on to say that some of his clients were so-called “politically exposed persons” – people whose prominent positions in government or public life might make them vulnerable to corruption. “That doesn’t mean that they’re bad people,” he said. “It just means that you have to investigate further their source of funds.”

Where those funds end up in Cyprus is also hard to track. Business and property databases in Cyprus are often out of date, incomplete or closed to public access. But Reuters reporting turned up a company that served as an investment vehicle for foreigners seeking citizenship, including five of the Cambodians.

The company, called JWPegasus, was incorporated in Cyprus in May 2015 to help fund the construction of a Radisson Blu hotel in Larnaca, the country’s third-largest city.

A Reuters analysis showed that at least 22 of JWPegasus’ 26 shareholders have applied for Cypriot passports. Twenty of them applied through the family run law firm. The five Cambodians among them include: Choeung; two of her children and the wife of Aun, the finance minister. Each invested at least €2 million.

JWPegasus described itself to Reuters as a “solid company” that has created hundreds of jobs. JWPegasus declined to comment on individual investors but said that, to its knowledge, none of them had “any illegal activities.” Radisson Blu said that its due diligence, carried out before doing business with JWPegasus, “did not reveal any suspicious activity at that time.”

The law firm’s senior partner said he knew of JWPegasus but stressed that his law firm had no connection to it. He said he didn’t tell his clients which companies to invest in because his firm also did due diligence on those companies, which could create a conflict of interest. “Caesar’s wife must not only be honest, but must also look honest,” he said.

For some members of Cambodia’s elite, Cypriot passports are trappings of luxurious lifestyles that could undermine Prime Minister Hun Sen’s self-styled image as the humble leader of a party representing ordinary Cambodians.

Wealth is a touchy subject in Cambodia. The Asian Development Bank estimates that 70% of people live on about $3 a day, and Hun Sen has long projected himself as a leader who suffers alongside his poorest compatriots. Speaking at a factory near Phnom Penh in February, he said he didn’t have a second nationality or a house abroad, and chose instead “to eat grass with the Cambodian people.”

Yet many relatives with the Hun family name flaunt their wealth on social media accounts. One photo on Instagram shows two of the prime minister’s nieces, Hun Kimleng and Hun Chantha, posing in ballgowns and matching golden necklaces. Other photos document their near-constant travel, often by private jet, to fashion shows in Paris, a hillside villa in Mykonos, and London nightclubs like Loulou’s. Hun Chantha also co-owns London apartments worth £5 million, property records show.

Hun Panhaboth, the son of another niece, gave his girlfriend a Mercedes-Benz for her birthday, according to photos on Facebook. Most Cambodians were “happy and congratulated us,” Hun Panhaboth told Reuters. “I don’t think this gift makes Prime Minister Hun Sen look bad in any shape or form.”

And while the prime minister spoke about eating grass, Instagram showed some relatives feasting on caviar in London. Among them was Hun Kimleng’s wealthy young daughter, Vichhuna Neth. She applied for Cypriot citizenship in November 2017. Four months later, she posted photos and videos on Instagram from western Cyprus. They show her driving a dune buggy along a coastal road and reclining in an open-air jacuzzi at a luxury villa.

The European Union says three of its member states – Cyprus, Malta and Bulgaria – run what it calls “investor citizenship schemes.” Of those, Cyprus’s is the largest and most lucrative – and, say critics, the least transparent.

In February 2019, in a rare public disclosure, the Cypriot government said it had approved 1,864 applications between 2013 and 2018, involving transactions totalling €6.6 billion.  That’s about €3.5 million per application.

Add family members – spouses, children and parents can also apply for citizenship – and the total number rises to over 3,200 people.

Most of those applying for Cypriot passports were Russians, with an increasing number coming from China, according to documents from Cyprus’s interior ministry that Reuters has seen.

The interior ministry documents also say that applications for citizenship contain “sensitive personal data” and shouldn’t be made public. But campaigners are pushing for greater transparency, including the publication of applicants’ names and a closer inspection of the source of their funds.

Cambodia’s long-ruling prime minister, Hun Sen, has denounced his political rivals for seeking second passports, declaring them “an escape route from difficulties in Cambodia.” But that hasn’t stopped his relatives, friends and officials from quietly seeking European citizenship by applying through Cyprus.

Hun Kimleng | the prime minister’s niece. She owns multi-million-dollar properties in London and Singapore, and obtained Cypriot citizenship in 2016.

Neth Savoeun | Hun Kimleng’s husband and Cambodia’s national police chief. He sought Cypriot citizenship along with two of his daughters in 2017.

Vichhuna Neth | one of those daughters. She sought citizenship on the grounds she was “financially dependent” on her mother, despite having spent £5.5 million on a London apartment.

Choeung Sopheap | A powerful businesswoman and close friend of the prime minister’s wife. She invested at least €2 million in a Radisson Blu hotel in Cyprus in 2017 and got citizenship the same year.

Lau Ming Kan | Choeung Sopheap’s husband and a senator in the ruling Cambodian People’s Party. He and five other family members also sought Cypriot citizenship in 2016 and 2017.

Im Paulika | Aun Pornmoniroth’s wife. She invested €2 million in a Radisson Blu hotel in Cyprus in 2017 and obtained Cypriot citizenship the same year.

Hun Chantha | Another of the prime minister’s nieces. She co-owns London properties worth millions of dollars and takes private jets to posh European resorts.