Do not tamper with the foreclosure law 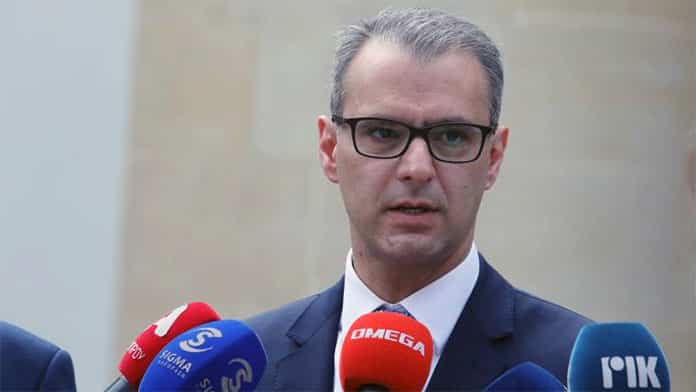 Herodotou urged MPs to focus on how the courts can more efficiently deal with financial disputes between borrowers and the banks.

He made the remarks in parliament on Friday, where the Legal Affairs Committee examined article-by-article a revised bill submitted by the Justice Ministry to create special judicial procedures to resolve financial disputes with the banks.

With the creation of a new district court level process to speed up court decisions on financial disputes to examine borrower applications which dispute the balance of a loan due to excessive bank charges.

Many of the loans involved are mortgage-backed, and for which foreclosure procedures have already been launched.

The new system, part of a compromise hammered out by the government and smaller parties to secure their backing for the 2021 state budget, will also cover abusive clauses and overcharging.

MPs from Edek, Solidarity and the Greens also supported amendments to the mortgage law to freeze foreclosures until the court rules on a financial dispute between a borrower and their bank.

Also discussed was the issuing of a temporary order suspending a foreclosure, whereas reservations were heard on whether the definition of vulnerable groups covered enough people.

Responding to MPs, Herodotou argued, “the issue at hand is to ascertain the lengthy Court procedures and address the delays in Court decisions”.

He argued that speeding up court procedures will achieve the protection of vulnerable borrowers.

“Let me be clear, if we touch the issue of foreclosures, we will create new problems…If a patient has a closed artery you perform bypass surgery, you don’t cut off the leg.”

The governor warned that any change in the foreclosure framework would protract the process, endanger bank deposits, or lead to banks increasing financial buffers possibly trough capital requirements.

The Finance Ministry’s permanent secretary Louis Panayi said the revised bill aims to cover vulnerable groups who are either borrowers or guarantors as well as bondholders.

Panayi said the government believed that approval of the bill will expedite financial disputes to the benefit of those affected.

Currently, Cyprus banks have imposed a freeze on foreclosures of primary homes introduced during the first COVID-19 lockdown.

The freeze, valid until the end of March, involves properties which are registered as the owner’s primary home, valued up to €350,000.