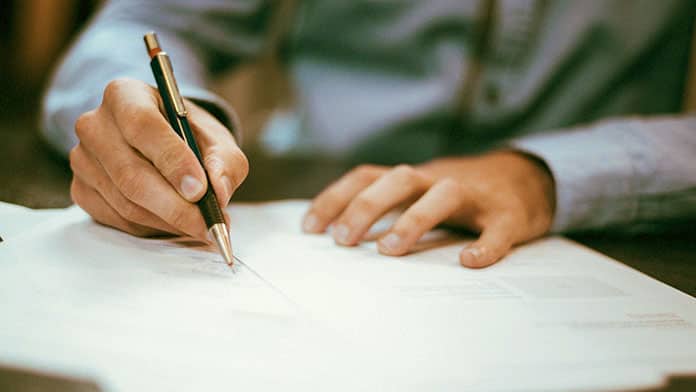 Property sales to the Cypriot market fell in January compared to January 2020 according to official figures published earlier today by the Department of Lands and Surveys.

Although sales to the domestic market have not been hit by the demise of Cyprus’ infamous ‘Golden Passport‘ Scheme, the impact of the COVID-19 pandemic is taking its toll.

The number of property sales contracts deposited by the domestic market fell 17% in January with 345 contracts being deposited compared with 417 in the same month last year.

The actual number of property sales contracts deposited in each of the island’s districts as presented below with the equivalent figures for January 2020 shown in brackets:

However, it’s worth noting that as the freeze on foreclosures of main residences valued up to €350,000 and small business premises that was introduced last year is due to end on 31st March, we may see domestic sales rising as a consequence in the second quarter.

Lawmakers on Thursday welcomed the first court judgement against a bank for unfair terms of contract, but still harangued the banks for acting with "impunity" in terms of their service fees to clients. Last week a court found that a bank had used certain unfair terms in a contract with a client, ordering the lender in question to cease and desist from the practice. The bank has yet to appeal the decision. State attorney Froso Soteriou told MPs that two more similar cases have been filed in court. Moving on to the broader issue of bank fees, legislators at the House commerce committee slammed the banks for "arbitrariness and impunity" in their dealings with customers. Financial ombudsman Pavlos Ioannou alluded to instances where banks refuse to hand customers an account statement or other documents. "It all stems from the immense and completely monopolistic power that banks hold against each and every consumer," he said. A finance ministry official said the ministry has issued a decree...
Read more
Sales

When the Department of Lands and Surveys released data on sales contracts for January, it struck me the numbers and percentages were presented without analysis, indicating the beginning of 2021 was disastrous. Almost everyone involved in the field focused on the 23% decrease compared to the corresponding month of 2020 and the 30% decrease compared to December 2020, disregarding essential factors relating to this period that made things different. I will briefly mention there were no restrictions in force last January. The sense of uncertainty hadn't yet gotten under people's skin. I want to clarify that my intention is not to be the harbinger of glad tidings since the real estate sector faces significant challenges and is evidently not in the best shape. However, I believe a more thorough data analysis is necessary, not only to have a better grasp of the situation but mainly to avoid giving the public the wrong impression and spread panic. In any case, if we look at the...
Read more
Property News

The House of Representatives on Thursday passed a law levying a 0.4 per cent tax on all sales of immovable property, the proceeds of which to go toward supporting Greek Cypriot refugees. The legislative proposal, passed by a unanimous vote in the plenum, aims to compensate refugees for their inability to possess, have access to, or otherwise gainfully use their land in the north. It provides for a tax on any sale/transfer of real estate, as well as on the transfer of shares in a company where that company owns immovable property or where the transfer of the shares results in the buyer taking control of the corporation or exploiting the immovable property in question. The levy is payable by the seller of the property. The funds raised will go into a fund managed by the Central Agency for the Equal Distribution of Burdens, the state agency tasked with assisting refugees of the 1974 war. Speaking on the House floor, ruling Disy leader Averof...
Read more