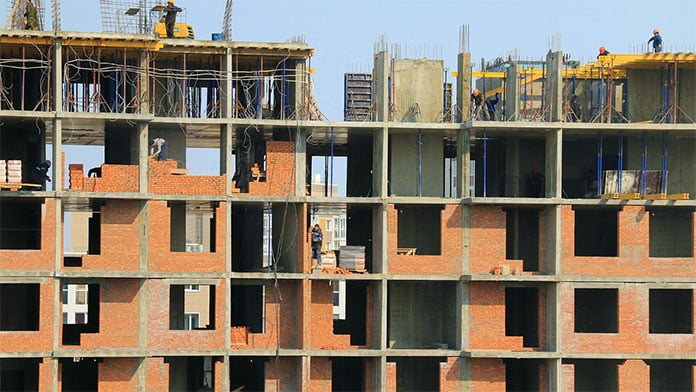 Following the collapse of the Cyprus Citizenship for Investment Scheme, developers of large projects urge the government to make the residency programme “more functional and easily accessible”.

The Association of Large Investment Projects (ALIP) and the Land and Building Developers Association (LBDA) have sent a letter to the foreign and interior ministers with suggestions to make the permanent residency programme (PRP) more attractive to foreign investors.

The move comes after the government scrapped the discredited ‘golden passports’ scheme back in November that was essentially linked to luxury real estate purchases.

In their joint letter, the ALIP and the LBDA argue that scrapping the CIS program combined with the blow the economy has suffered from COVID-19, highlights the need to attract new investments.

Urging for an immediate review of existing programs and measures, the two business groups urged authorities to rethink the PRP.

They argue that Cyprus needs to update its foreign residency framework to be competitive with similar programs running in other EU countries.

Currently, the PRP grants permanent residence status to foreign nationals with the purchase of real estate property worth at least €300,000 while applicants must have €30,000 in a Cypriot bank.

Successful applicants will also have to visit the island to provide their biometric data to authorities.

Developers suggest that biometric stations could be set up at Cyprus embassies in third countries such as China, Vietnam, the UAE, Russia, the UK, so as to facilitate possible investors.

Applicants also have to provide proof of a secured annual income of €30,000 while additional income is required in case applicants have family dependents.

Property developers are asking for a spouse’s income to be taken into consideration and the requirement to have money in a Cypriot bank to be abolished.

Developers would also like to see investors given the opportunity to invest jointly in real estate without the need to be related to each other while approved applicants, related to the joint projects, would be allowed to reside and work in Cyprus.

Another suggestion is to give permanent residency cardholders the right to travel to EU member states and the UK for a few days without the need for a visa.

They also called for Cyprus to expedite procedures for accession to the Schengen area, which would allow successful applicants to travel to countries covered by the agreement.

“The fact that Cyprus is outside Schengen is a substantial and significant disadvantage in relation to rival European countries.”

During a teleconference, the ALIP held with Foreign Affairs Minister Nikos Christodoulides last week, the minister told the association that Cyprus joining the Schengen Area is in the third phase of its evaluation.

Christodoulides argued that accession to the Schengen zone was a priority for the government and expressed optimism the Republic would not face any problems in its evaluation process.

Cyprus finally dropped the “golden passport” scheme in November after Al Jazeera aired a documentary showing reporters posing as fixers for a Chinese businessman seeking a Cypriot passport despite having a criminal record.

Parliament speaker Demetris Syllouris and AKEL MP Christakis Tziovanis were secretly filmed allegedly trying to facilitate a passport for the fugitive investor, they later resigned, although insisted their innocence of any wrongdoing.

The passport scheme generated over €7 billion in issuing thousands of passports to investors mainly through property deals.

Cyprus is looking into ways of expanding a relief scheme subsidising borrowers with toxic mortgages to cover borrowers who failed to make the first cut, as they were found unviable. Acting government spokesperson Panayiotis Sentonas said on Wednesday that Finance Minister Constantinos Petrides has been tasked by the cabinet to draft a plan for borrowers who were rejected by a state-backed mortgage relief scheme after their loans became toxic. The homeowner rescue scheme, known as ESTIA was introduced by the government to help loan repayments of defaulted borrowers with non-performing loans up until September 30, 2017. The plan was launched in September 2019 in an attempt to reduce Cyprus' bad debt mountain. The scheme only covers vulnerable borrowers whose market value of their home does not exceed €350,000, thought to be viable under loan restructuring with the government contributing to monthly instalments. In comments to reporters following a cabinet meeting on Wednesday, Sentonas said the new scheme could involve a higher debt write-down, or...
Read more
Property News